Driving between Spain and UK..... 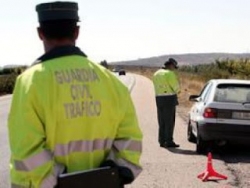 Are you planning on driving to/from Spain via France ? Then be aware that British motorists in particular will be targeted by police as they try and crack down on speeding and thus en devour to curb the high accident rates over this busy period.

France in particular is planning to get tough and a report from the Post Office warned that thousands of British motorists will be caught in the crackdown. Drivers in France face 1000 new unmarked radar speed traps whilst in Spain they are trialing average speed cameras.The minimum fine for speeding in Spain is £98 and in France £66  and cash payment is required otherwise your vehicle will be impounded.

I personally know of a case here in Spain whereby the driver had to leave his car with the police and get a taxi to the bank to withdraw the fine money before he was allowed to have it back. Motorists are being warned to carry enough euros to pay on-the-spot fines.... or easier and cheaper drive within the limits! In France police are removing road signs warning of speed traps and camera's therefore it is essential that you are aware of the speed limits and stick to them. With 6.4 million passenger cars leaving the UK by sea it is estimated that 198,000 holiday motorists face speeding fines and based on the minimum fines this totals at least £10 million !

Other laws you need to be aware of when driving in Spain include:
Visability vests - these are compulsory in case you break down. If renting a car check that at least one is supplied with the rental. You and not the hire company will be liable if not available but required.
Warning triangle - again compulsory in Spain. Only one is required for non Spanish  (UK) registered cars but two for Spanish vehicles.
Indicators - The law operating in Spain regarding the use of indicators on motorways is being strictly enforced. You risk being fined for not indicating before overtaking and again before pulling back to the nearside lane after overtaking. Also, ensure you do not cross the solid white line as you enter the motorway from a slip road, but wait until the line is broken.
Footwear - Do not drive in backless shoes ie. Flip flops, crocs.... it is illegal and will cost you 150€ if caught!