Burning of the fallas in Benidorm 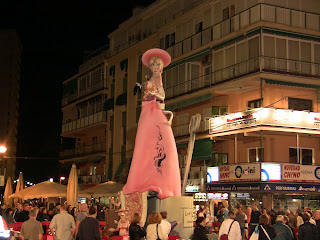 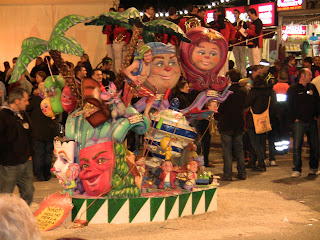 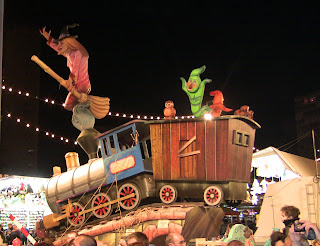 The ceremony of  the "Crena" burning of the fallas at the Rincon de Loix was looked down upon by the lights of Vicentes pubs, Subway and Burger King.  As the Bomberos (fire engine) truck approached, the crowds started to swell, in anticipation of the final act. The local police tried to push the crowds back away from the display telling spectators they will get hot and wet but to no availe. The penya memebers gatherd together with the queens and princesses in the enclosure around the  the fallas  ready for the ignition process. A few more posing shots and then.... bang.. bang..bang.. as the crackers went off. The crackers ignited the rocket which then took off and landed in the centre of the fallas and set it alight. The crowd whooshed and started moving away from the flames which were then doused by the Bomberos. As the flames subsided, the penya finished the ceremony with a walk around the embers to the sounds of the band. 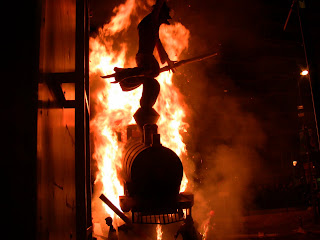 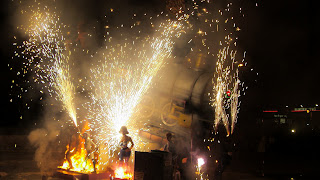 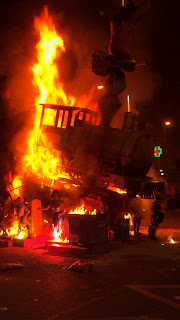 The burning of the Fallas fortunately took place in Spain. A risk assessment of the celebrations back in the UK would have outlawed the entire event immediately !!! 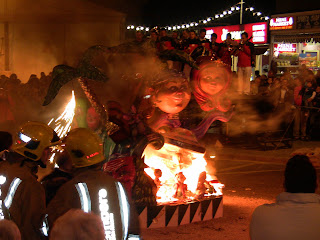