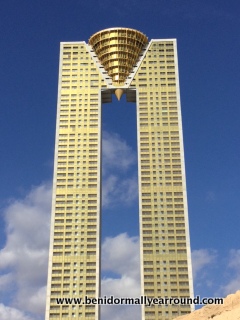 As visitors approach Benidorm they cannot fail to notice the striking twin gold towers of the InTempo building which dominate the Benidorm skyline. Glistening much like the golden ticket in Charlie and the Chocolate Factory, they certainly are eye catching - especially when the sun is reflecting off the facade. Located on the Poniente side of the resort they even tower over the Gran Hotel Bali in La Cala– however, at night they disappear into the abyss!
By law any building that stands taller than 100metres must have lighter markings, as they are considered an obstacle to air traffic.

No safety lights on InTempo building 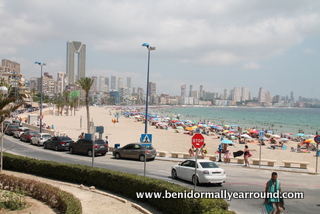 Up until March, whilst the construction cranes were still up, there were no issues as they had lights - however, since they were dismantled the building disappears with the daylight. According to the air aviation safety agency the building should by day have white light on the top 2 floors and at night, red lights across the top 4 floors as it stands at 200 metres.

The InTempo dominates the Benidorm skyline 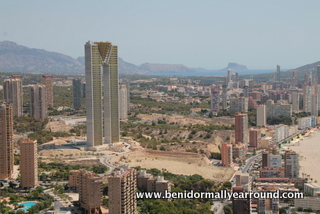 The developer, Olga Urbana was aware of these legal requirements but "it was not something that was among the top priorities" according to a source. SAREB – the Asset management Company which took over the 93 million euro debt from the developer and therefore liable, has asked the court to declare Olga Urban bankrupt and unable to complete the outstanding works on the construction. 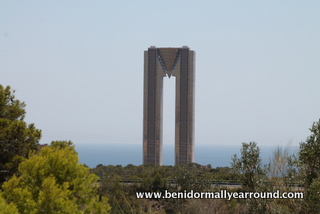 Work on the InTempo building began back in 2006 – during the boom years when banks were handing out money willingly to builders and completion was scheduled for 2010. However, with the financial crash and world recession things came to an abrupt halt - and since the more recent crisis in Ukraine the Russian market has also dried up. 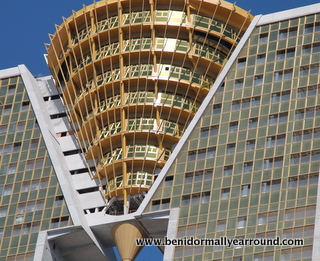 The 47 floors make it Europe´s tallest residential building – and houses 269 apartments. Within the central cone there are 4 two floor duplexes connected by an internal lift and one even has a jacuzzi on the balcony. But finding buyers for this top end luxury market is proving more difficult than first thought – for a 50 sq mt 1 bed/1 bath apartment you will need well in excess of 200,000€!