Another award for Benidorm Series 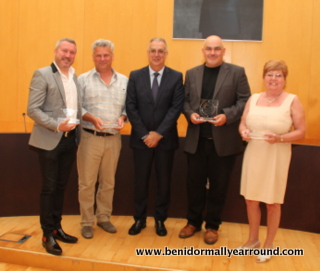 Benidorm marked Europe Day this morning with a formal ceremony at the meeting chamber in the Town Hall. A presentation of the “Distinction Europe” award was made to two well recognized names here – Costa Blanca News and the ITV Series “Benidorm” which have both made a major contribution to the resort. 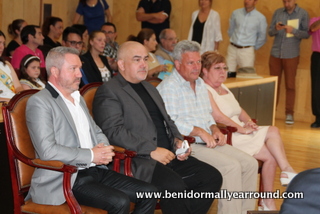 The Mayor, Agustin Navarro and the entire Council were present in addition to police representatives and officials associated with tourism in the town. First up to receive an award was Cathy Humphreys, Deputy Editor on behalf of the Costa Blanca News – a paper that has been going since 1971. She gave a gracious speech, thanking the Mayor for the award and said that over the last 44 years the paper has done its upmost to promote the resort of Benidorm and will continue to do so. The paper is published every Friday and has over 100,000 readers stretching from Almeria to Castelleon. 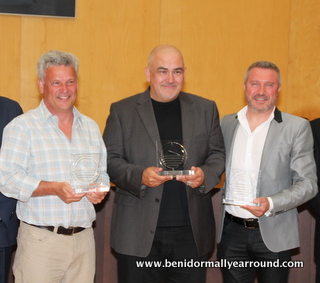 Next to receive their awards were representatives from the Benidorm series – writer and creator Derren Litten, Line Producer Simon Bird and Spanish Production Manager Pere Agullo. Pere gave an emotional thank you speech and said how Benidorm was the envy of many towns and cities in Spain – having such a popular television series named after them. He thanked the Town Hall and authorities for assisting him and his company – Filming Spain in ensuring that logistically everything ran smoothly during filming. 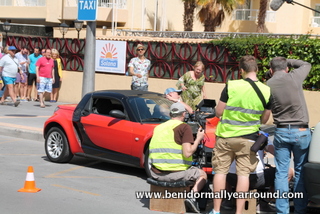 Simon Bird then took to the lectern and addressed the audience in Spanish and last up was the man himself – Derren, who made it all possible. He spoke in English – with Pere translating and said how before writing the series he had never actually even been here yet now he has good friends and a home here. 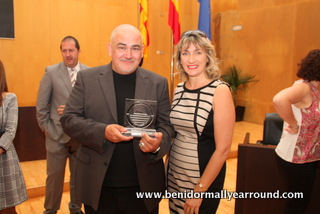 The presentation finished with a speech by the Mayor, saying how the resort embraces all nationalities and cultures and why so many chose to not only visit here but also to make it their home. The impact of the series has been incalculable, attracting much investment and economic benefit at no cost to the council. 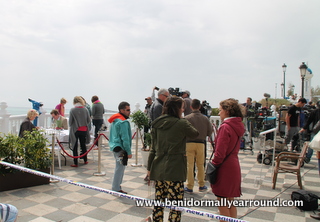 While the series is being filmed you can easily bump into cast and crew - they have been spotted around town in many locations including the Mirador in the Old Town and along the Levante beach front, as well as outside the Sol Pelicanos hotel, which is the ficticious Solana resort. The Brits all stand around watching whereas the Spanish, not knowing who the actors are look on bemused. The session closed with everyone standing to the European Anthem.