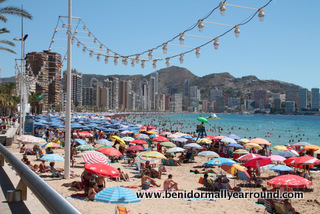 An awful lot of money – tens of millions, is currently being invested in the resort, proving that astute business owners are confident Benidorm will continue to be a favourite holiday destination – which is all good news to us here.Two popular hotels are undergoing major refurbs and another is being built, in addition to alterations and improvements around the resort, by private businesses and the council. 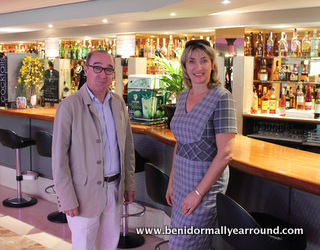 Many have heard of HOSBEC but what is it? I met with Antonio Mayor last week, the President, at Port Fiesta Park - one of his five hotels here in Benidorm, to find out. HOSBEC is an Association of Businesses, which all have a common theme – tourism within the Costa Blanca and consists of hotels, restaurants and places of entertainment. 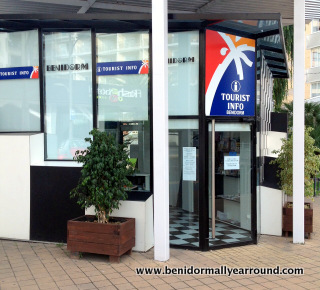 It was formed in 1977, evolving over the years and Antonio Mayor is the seventh president, taking up the role in 2008. I have often wondered why I see him at virtually every presentation and promotion in Benidorm and this explains it. He certainly has a comprehensive understanding of tourism and its importance, specifically here. Over five million holidaymakers visit Benidorm every year and Brits make up a high proportion of those visitors. 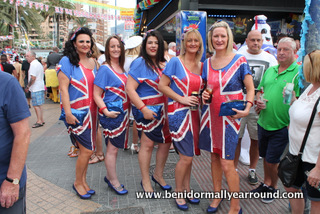 Their continued return and loyalty is crucial to the resorts enduring success and growth, as tourism is Benidorm´s principal economy. HOSBEC were one of the first associations to provide funding for the Tourism Foundation, who promote Benidorm at trade fairs and travel markets around the world. Every November the World Travel Market (WTM) takes place, a leading global event for the travel industry. It is held at ExCeL in London, where more than 50,000 senior travel professionals attend, including the Benidorm Tourism Foundation and HOSBEC, to “promote Benidorm and the Costa Blanca”. 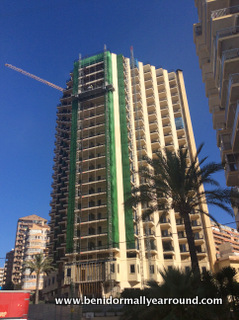 Being the owner of a hotel is a challenge in itself, but Mr Mayor has seven – five in Benidorm, one in Calpe and another in Denia, employing over 500 local people. I must say I had a peek around the Fiesta Park, located in the Old Town and have never seen such a huge gym – apparently I was told it is the biggest hotel gym here in Benidorm, which I can well believe. It is a family business, which he has taken on with relish and currently in the throes of his most exciting project to date – the total refurbishment of the Dalmatas Hotel in the Rincon de Loix. 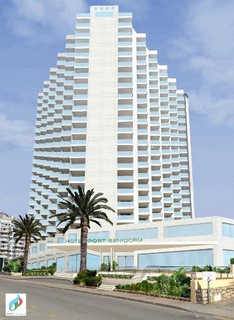 The hotel closed its doors after the summer season at the beginning of October and by the middle of the month the crane was already up. The renovation is costing several million euros and completion is scheduled for the end of May - Antonio told me “that everything will be 100% new as it was quite dated”. The latest air conditioning and soundproofing will be installed in every room, together with the hi-tec TV´s and minibars. The communal areas will also be totally re-designed, with a new pool and extensive gym. The hotel will be renamed “Port Benidorm” and become a superior four star. 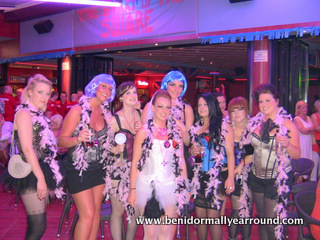 The Dalmatas was almost exclusively full of British holidaymakers – with its close proximity to the Levante beach and in the heart of the Rincon, where all the vibrant nightclubs and bars are located, it had a natural appeal. The new soundproofing will be much appreciated when it comes to stag & hen season I bet! When I checked on their website the earliest availability is on 24 June – maybe this is to ensure guests aren´t disappointed and to give them extra time to complete the works. 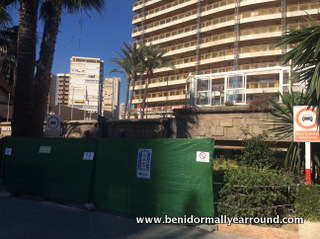 But the Dalmatas is not the only hotel in Benidorm undergoing major renovations. The Hotel Don Pancho closed its doors and began a huge refurbishment project on November 1, with a planned completion by the end of April 2016 – the website is taking booking starting April 29 but have said that it may be sooner.

The structure will remain the same but everything is being modernized – much needed, since it opened in 1972. All the bedrooms and bathrooms will have a complete makeover in addition to the communal areas – one change is that there will no longer be a covered or children´s pool. Instead, they will make one large pool that will be heated throughout the winter months. 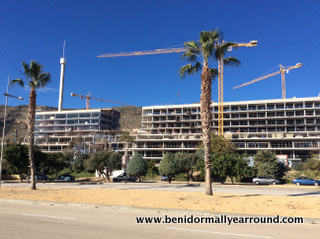 Another completely new four star hotel, the Grand Luxor is also well under way here, which is being built at the entrance to the Terra Mitica theme park. The themed hotel will be situated in the Egypt section, occupying an area of 29,000 sq mts with 346 rooms spread over five floors. A total of €32 million will be invested for its creation and the structure should be ready by the end of this year - super quick as work only started at Easter time! Goes to show that Spanish builders can be quick when they want to and then the fit out will begin next year. At present they have not given any indication of a completion date.