The boys that make up ShoeWaddyWaddy 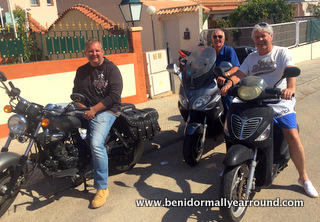 One of Benidorm’s most colourful groups on the entertainment circuit – ShoeWaddyWaddy have re-grouped following Geoff’s departure and are now made up of Paul, aka ‘Chunkz’, Roy and Peter (Peter was always a stand in). The boys are all keen bikers – Chunkz even has a name for his, Ekins after the stuntman Bud Ekins who doubled up for Steve McQueen in The Great Escape, one of his favourite films. 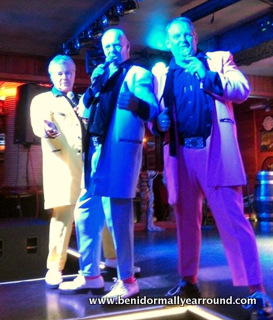 They sing together 6 nights a week, currently having Wednesday off from this lineup, but Chunk and Roy both perform as other persona too. Each member has 3 - 4 suits in a variety of vivid colours and the requisite thick crepe shoes to make up the teddy boy look which they pull off so well. Regardless of age, they manage to pack out any venue in which they perform, with everyone clapping and swaying along in time to the hits of the 70’s pop group Showaddywaddy. Their regular venues are Café B, Morgans, Tropical, White Star and Tommys. 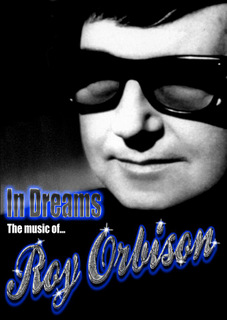 In addition to ShoeWaddy, Chunkz also does a Roy Orbison tribute at Sandras, Rock & Roll House, Rio Park and Gallowgate. He initially thought it would only be a winter season act, favoured by the more mature audience but it has proved to be a knock out with all ages and so due to demand continues all year round. As if that didn’t keep him busy enough he is immersed on his second novel, a sequel to the highly successful ‘Genesis Chamber’ crime thriller, which he is co-writing with Simon Beighton. 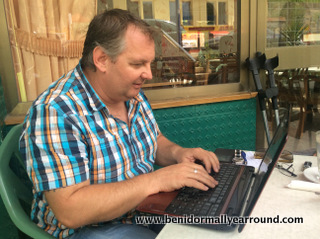 The first block has just been sent off for editing and in addition to that he is also collaborating on another book with comedienne Crissy Rock – a comedy but with a twist, which should be out towards the end of this year. The Benidorm series connection doesn’t end there either, for Chunkz is the playback assistant whilst they film here – controlling the background noise during recording at Morgans, aka Neptunes in the series. They say variety is the spice of life and he certainly has plenty on a daily basis!

In comparison, Roy – in fact everyone really, leads a fairly quiet tranquil life. He teams up with ex-Shoe Waddy group member Geoff to do an Everly Brothers tribute every Friday. Coincidentally, Roy is originally from Coventry, literally down the road from Leicester where the original group was from. By day he loves to knock his balls about – golf ones on the green that is. He plays with a group of 8 twice a week, travelling to different courses around the province – Tony Scott and many of the other entertainers use to be golf buddies but everyone has different commitments so it’s hard to pin them all down together. 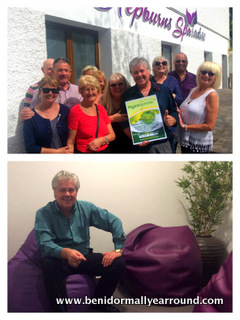 The third member of the group is Peter, who is married to comedienne Jenny Renn – but he also has another string to his bow. He has turned what was an interest and hobby one step further – and trained to become a fully qualified hypnotherapist! Many people always use to ask his advice on matters and he’d sit and talk through options and solutions and he realized that he actually really enjoyed it and was pretty good at it. So encouraged by the feedback he was getting, went on a course and now has lots of letters after his name such a Dip HYP, GHR and GQCH and is practising from Sparadise in Benidorm. He gets a great feeling of achievement as by day he is helping people to overcome their anxieties and fears – he’s done many nervous flyers and even those that want to give up addictions such as smoking. On the health aspect he is also a ‘hyponoslimmer’, helping people loose weight through reconditioning your relationship with food via hypnosis and can make you believe that you have had a gastric band fitted… bikini body here I come!

So for those that think the entertainers just lounge around all day long before strutting out on stage at night, think again. These boys are certainly busy… and with that, they jumped onto their bikes and whizzed off.