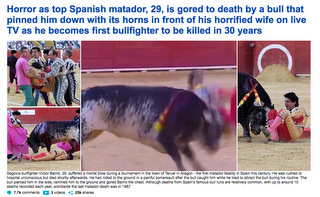 There will be little sympathy over today’s headlines, that a ‘matador’ – or bullfighter was gored to death in Teruel (near valencia) yesterday. The 29 year old was pinned to the ground by the 87 stone bull named Lorenzo during a fight watched by his wife – but opponents of the barbaric sport took to social media, rejoicing at the news. 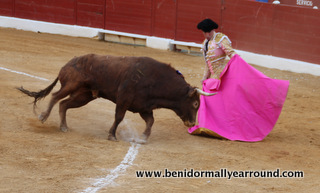 Although a “tradition” which goes back century’s here in Spain, there is a growing backlash to have it outlawed. Bullfighting was banned in Catalonia after a vote in the Catalan Parliament in 2010, which came into effect in January 2012 – but the Canary Islands were the first region in Spain to ban it, in 1991. 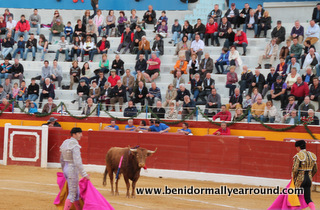 The bullring in Benidorm still hosts bullfights, normally every Easter and although the audiences are diminishing, there are still a hardcore number of fans that turn out to spectate – including children. Every time, the animal activists are picketing outside the bullring in the Old Town, but the fights still continue. 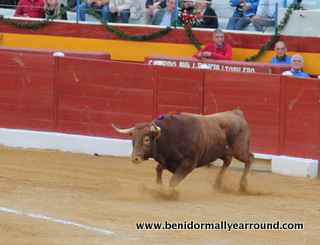 The award-winning matador, Victor Barrio is the first to be killed in 30 years but sadly this is unlikely to stop others as much like professional sportspeople, they are paid an awful lot of money. On hearing the news even the Spanish Prime Minister Mariano Rajoy tweeted his condolences to the family – maybe he should spend the time more constructively trying to form a Government!
Bullfighting will continue to divide opinion both here in Spain and internationally – but on this one occasion, the bull came out the champ.

0 #5 wayne 2016-07-19 10:58
Editor of the article - I didn't know bulls could hear and speak,perhaps if the could they could be asked if they prefer living in peace on the plains of Spain before going to the ring of if they would prefer to live in a crate for 18 months before being slaughtered in the abattoir.I know which one I'd prefer if I was a talking bull.