Benidorm Palace does it again 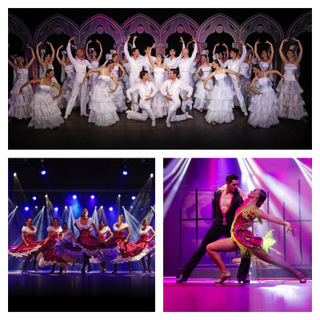 When in Benidorm, make sure that you don’t miss the opportunity to go and see the new show – I-CONS, at Benidorm Palace. Without fail, Creative Director David Moore - who I have interviewed during rehearsals for the show, somehow manages to achieve the unachievable every year, improving on what appears to already be a spectacular show. There are not enough adjectives to describe the latest extravaganza – thrilling, high energy, passionate, exciting… all those things and more. 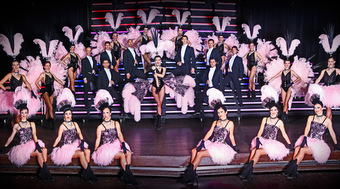 You certainly won’t have the chance to grab 40 winks during what can only be described as a kaleidoscope of sound and vision from the moment the show begins - you'll be enthralled for the next two and a half hours. 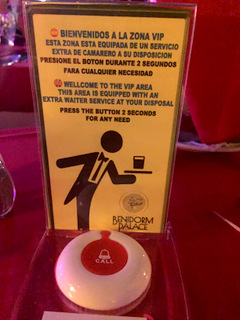 Open four nights a week – Tuesday, Thursday, Friday and Saturday you can go for the full experience and dine, with two menu options or just go to watch the show (one drink is included in the ticket price). With the Gran Palace plus menu you have premium seating and a new exciting facility - introduced only last week but already proving very popular. Much like the golden buzzer on Britain’s Got Talent, each table has a buzzer to call the waiter – and they are super quick and attend to whatever you request. 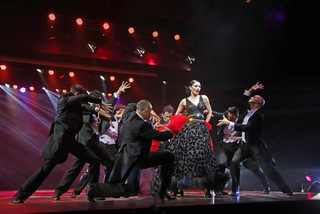 The food as always is excellent – quite how they manage to serve such quality on the scale they do is unbelievable and for the premium Gran Palace Plus option, which works out at just over £50 you get a four course meal with steak, wine, cava and an unforgettable cabaret show to easily rival that of the Moulin Rouge in Paris… except there you would be paying €174 per person!

The troupe of colorful showgirls, with their spectacular costume changes and constant reinvention of dance styles is breathtaking – and the Irish Riverdance set, as always, is a hit. 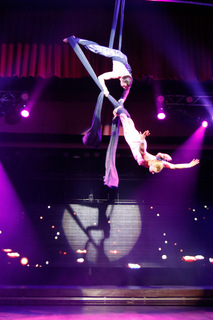 The unique show effortlessly blends pop icons such as The Beatles, Rolling Stones, Elvis and Britney with icons of the technological age including smartphones, Candy Crush, Star wars and a wink to religious icons.

The acts in between the dance routines are also sensational, with the incredible world-renowned juggler – Paul Ponce absolutely wowing the entire room with his skill, Duo Viro who perform heart stopping aerial acrobatics from silks, a fantastic lazer show and the thrilling Golden Strong Men, who rightly bring the audience to their feet at the end of the act.

Most will recognise the dramatic tune famously used in the Old Spice advert "Carmina Burana" - whether a lover of classical music or not, this is one piece you will never forget.It is used in one of the Flamenco pieces 'Tocatta Negra' which has a bit of a Gothic feel and follows the piece in white 'Tocatta Blanca'. 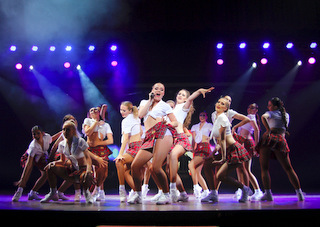 Ensure that you get an afternoon siesta as you won’t be leaving before 12:30am – it is certainly a family show and there were plenty of children, who all appeared to thoroughly enjoy it as much as the adults. It’s certainly easy to understand why it is such a hit, with rave reviews and I’d without doubt recommend anyone to go and experience it for themselves.

How would you like to win a pair of tickets to experience the new show - and to ensure it is a night to remember, we are giving away the full package which includes a four course meal plus wine and champagne - courtesy of Benidorm Palace! All you have to do is answer the following TWO questions:

1. The epic Carmina Burana piece was used in which British advert?

2. Who is the Creative Director at Benidorm Palace?

Send your two answers to: This email address is being protected from spambots. You need JavaScript enabled to view it. to arrive no later than Sunday 4 September.