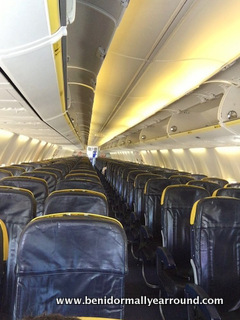 Low cost carrier Ryanair have announced that from September 1, customers travelling with children under 12 will have to purchase a reserved seat to ensure that they are seated together. However, they have reduced the fee from €8 to €4 and the child will be allocated a seat for free.

By law children under 12 have to be seated with their parent or guardian, but a number of families take a chance on being randomly allocated seats together, free of charge. 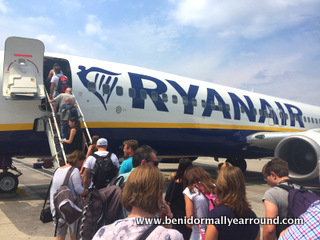 This actually causes huge issues for the cabin crew, who then have to reseat passengers – some of who may have paid for their seats and could in some instances, result in flights losing their time slots for take off. I totally agree with Ryanair’s stance on this and looking at social media sites, so do 99% of others.

Why should other passengers be disrupted to suit the demands of selfish parents who cannot be bothered to pay the fee and then demand that it is their right to be seated together! I guess that others will be closely watching and soon you will hear the same happening at Easyjet and Monarch too.

On the subject of selfish parents, one British mother was arrested in Benidorm on Wednesday after leaving her nine-year-old twin sons alone while she went out drinking. One of the boys was found wandering the streets while the other lay sleeping on the floor at the entrance to the apartments where they were staying. She had lost the children the previous evening having given them some money to go and buy something to eat - but decided to carry on drinking in the belief that they'd know how to find their way back to the apartment.... The boys are in the care of Social Services and the 'mother' was found fast asleep by police the following morning!

+1 #2 Karen Mackenzie 2016-07-30 15:26
I agree i pay to book my seats as if u want a guarantee to have seats together thats what u have to do.
Quote | Report to administrator
+1 #1 Lyndon Lewis-Morrow 2016-07-30 06:35
About bleeding time, sick and tired of some families turning up last minute and those that have organised their lives and either pre booked seats or turned up at the gate in enough time to get seats together have to move so the family can sit together. Nobody should mind the families with small kids getting on first so they can sit together.
Quote | Report to administrator
Refresh comments list