Pride has arrived in Benidorm 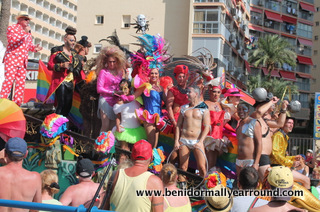 The sixth Benidorm Pride has kicked off and there are plenty of events on up in the Old Town throughout this week. Tomorrow - Wednesday is the official Opening Gala Party at the Mirador with drag queens, local artistes, DJ's, full bar service and best of all - it's FREE! On Thursday there is a ‘White Party’ up at the Mirador, starting at 8pm until 1am and the following night, Friday is the ‘Black Party’ - which will be staged at the Auditorium Julio Iglesias (behind the Town Hall). 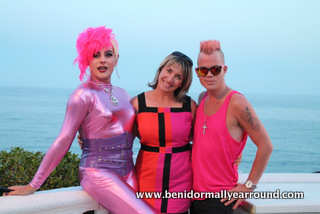 Pride Co-ordinator Sammy Kruz and Roxie Corazon, who did a fantastic job back in May organising Pink Weekend will be hosting most of the events, but what many deem the highlight of the week, the Parade, takes place on Saturday afternoon. 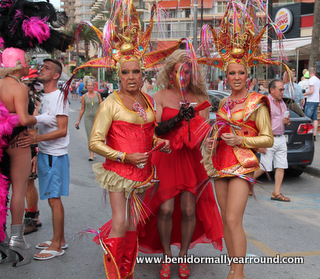 Setting off at 5pm from the Rincon end of Levante Beach, there will be numerous themed floats where glitz, sequins and feathers will be the order of the day – and the more outrageous the better!

Crowds will line the Levante promenade to watch the parade, which takes on a real carnival/Mardi Gras atmosphere. 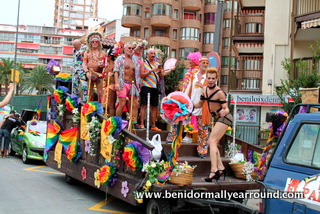 The Town Hall have been fully supportive of what is now becoming a major event in the Benidorm social calendar and expected to draw thousands to the resort. For the first time this year there will be a closing beach party on Sunday at Mal Pas beach. Full colourful pictures of the parade after the event!