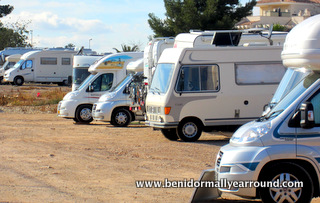 Now that the peak summer season is over, the resort sees the return of the ‘snowbirds' – retired Brits who flock here to escape the cold British winter. In fact, it is not only the Brits that repeat this annual pilgrimage but other north European citizens such as the Dutch, Germans and increasingly Belgian nationals. 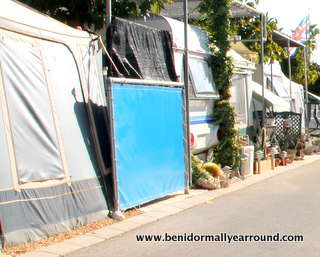 Each year the numbers appear to increase, with Brits in search of winter warmth and thus avoid the spiraling fuel bills at home. Many drive over, either with a caravan attached or in a motorhome, with bicycles tied to the back. There is certainly plenty of choice when they arrive – some will have pre-booked a site space, reserving from one year to the next whilst other take their chance and pull up with their life possessions, looking for the best bargain at one of the many sites. 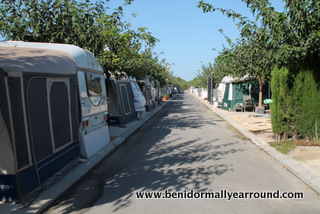 Benidorm campsites, or rather Villamar featured heavily in last year’s ‘Bargain Loving Brits in the Sun’ series on Channel 5 – in fact, it almost made it appear that all British ex-pats lived on a campsite! But it is certainly a popular lifestyle choice for thousands that make the move, whether on a permanent basis or for seasonal stays. 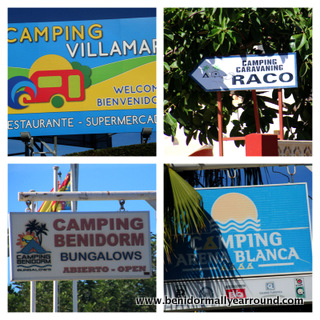 But be aware, site fees are not cheap and you could actually rent a villa for the same money. But it is the camaraderie and friendship that appeals to many of those that opt for camplife. Benidorm has many to pick from – the huge Villamar, with around 1,500 pitches is by far the largest but on the boundary of Benidorm and Albir. El Raco is probably the next size-wise, on the main road heading into town then you have Camping Arena Blanca, Camping Benidorm, Vilasol, Camping Armanello and lastly Camping La Torreta, located behind Benidorm Palace. 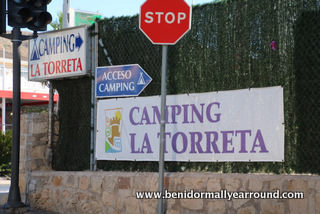 However, the Council is currently reviewing the license issued to Camping La Torreta by the previous administration, as part of the site occupies ‘El barranco Barcelo’ - a dry river bed, which if we experience heavy rainfall would be subject to flooding. 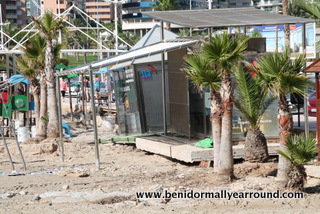 A catastrophic example of the desolation which can be caused made headlines in 2011, when two British tourists were swept to their deaths during a flash flood in La Cala. The pensioners were at the weekly street market, which was held on the dry river bed when just 25 minutes of heavy torrential rain ended in such tragedy. The beach at La Cala was left wrecked, as gallons of water cascaded into the sea from the mountains. The Council were subsequently sued by the market traders – many of who lost their livelihoods and families of the couple killed. 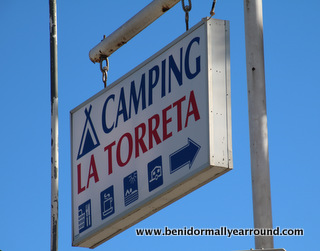 Although there is uproar at the prospect of closure, not only by the owners of the site, but also the occupants – there would be a far worse backlash against the Council if a repeat tragedy occured, with many asking why they were allowed to carry on trading. Sadly it looks like a no win situation for all concerned.