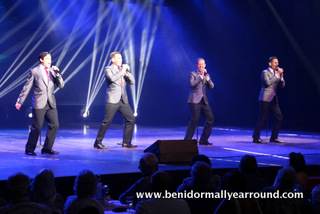 The Palace was a total sell out last night for a double whammy with virtually every seat taken – it’s been a while since I’ve seen even the very back row jam packed. Liverpool funnyman Stan Boardman opened the show and quickly had the entire venue roaring with his not always so politically correct gags which everyone loved. 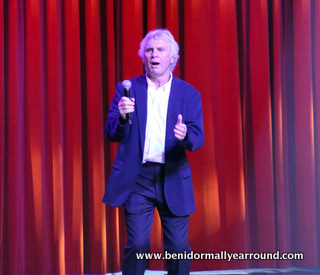 Asking where the audience was from he was bemused to find one brave gentleman put his hand up when asked “Are there any Germans in the room” – and he was sitting right at the very front. He certainly captured the mood of the people in the UK on the issue of immigration with one liners like “All these immigrants coming into the UK and stealing jobs off the Polish” and then “When Im getting on a plane I sing the Iraqi national anthem and if anyone else joins in I get off”. 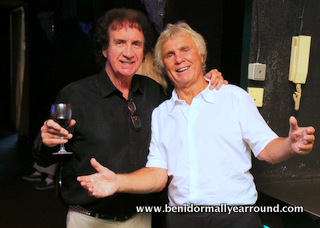 He followed them up with what should be his new catchphrase “… and that’s why Im not on the telly anymore!” to loud applause. Tony Crane of 60’s group The Merseybeats was also there in the audience having helped organize the line-up and accompanied the entertainers to Benidorm. 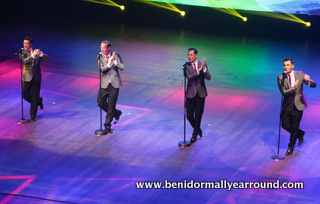 After an interval the fabulous Walk Like a Man quartet took to the stage, suited and booted, to a rave reception. They churned out a medley of hits from the West End musical The Jersey Boys, which tells the story of Frankie Valli & The Four Seasons. 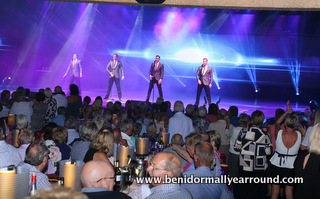 Everyone joined in to “Sherry Baby” and “Walk Like a Man”, tapping their feet and many took to the aisles to dance along too – it was fantastic to see so many having a great time and even the men were up dancing! In between they also turned out some other fantastic 60’s numbers including hits from Grease.

Now this is what I call great music unlike many of today’s so called stars – I despair, especially when I momentarily caught a glimpse of X-Factor and a woman called HoneyG… the world has gone mad! If you are a fan of he legends of the 60's then make a note in your diary for next year - Gerry and the Pacemakers are booked for a one-off performance, their first appearance here in Benidorm and the support act will be funny Irishman Jimmy Cricket. 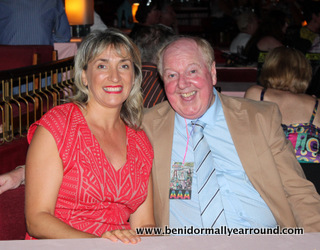 Jimmy took part in last year's Help 4 Heroes fundraiser at Benidorm palace and was very well received... is a true old school gent - I had a lovely evening chatting to him. The Sunday night special is on March 5th 2017 and tickets are already available at €25 with the option of a fish or chicken & chips at €8.