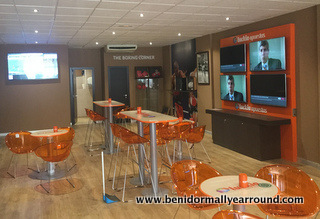 An extraordinary achievement has been made here by an expat - the very first LEGAL British run bookmaker in the whole of Spain is to open in Benidorm, which unsurprisingly, is called the “British Bookie”! Everyone who lives here knows the difficulty and complications involved in getting any kind of paperwork sorted, whether it be applying for an NIE number, Spanish driving license or residencia. 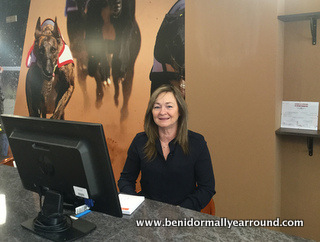 So multiply that a hundred fold and you can just begin to imagine what Kath and Peter – the proud owners of the British Bookie have been through these last months… and to think they left Glasgow to come and take it easy! It is located next door to the Gallowgate Bar on Avd Juan Fuster Zaragoza – opposite the Centro de Salud health centre and Euro Tobacco, on the road that runs directly behind the Sol Pelicanos hotel and leads up to the weekly Wednesday and Sunday market. 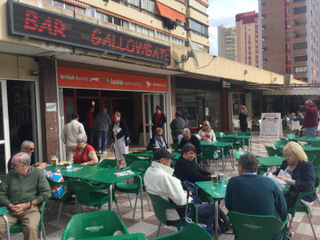 Originally it was part of the Gallowgate Bar, which Kath and Peter have had for 10 years but now been partitioned off to create a completely separate unit. It is a joint venture with ‘Luckia apuestas’ – a Spanish group which works with casinos, gaming machines and bingo centres throughout the country. 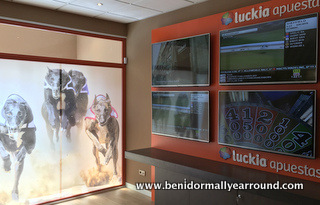 Gambling is officially only allowed in licensed premises and although there are Spanish bookies, obviously most of the events and all the commentary is in Spanish which looses its sense of meaning. At the British Bookie all of the sports commentary is in English, so you will be able to follow and engage in the excitement and atmosphere on one of the multiple screens. 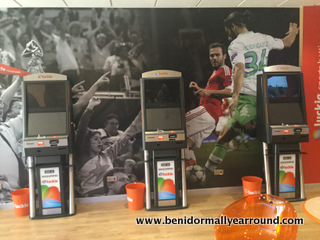 There will be live horse racing, greyhound racing, football, F1, boxing, tennis, live sports betting … in fact, literally any kind of sport. They are open 7 days a week from 10am until 10pm and the first big sporting event to take place is the Cheltenham Festival, starting on 14 until 17 March – St Patrick’s Day, so the resort will be ram packed.. and don't forget that the 1st Benidorm Tattoo Convention is that weekend too, 17-19 March.

The Gallowgate Bar next door has a huge sun terrace so you can enjoy a pint and some food in the sun in between placing your bets… what more could you ask – well a big win I suppose!