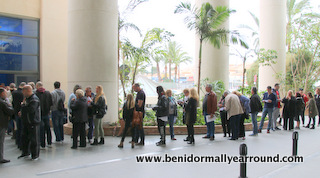 Eager fans hopeful to be cast as extra’s in the forthcoming ITV comedy series Benidorm queued up anxiously outside the Hotel Melia in Benidorm this morning. Filming of series 10 – rumoured to be the very last, is due to commence next month. 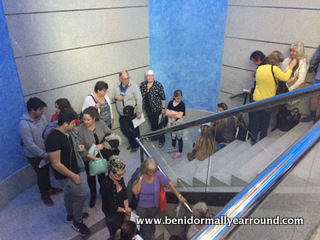 Although no specific date has yet been confirmed publicly, anyone applying were told that they need to be available between March and July. Those overseeing the castings were too frightened to even utter a word without a written say so from London – somewhat paranoid behavior! 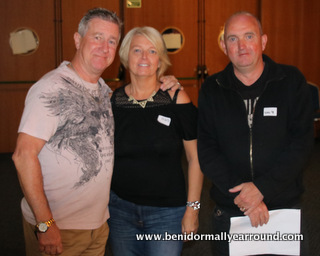 One of the first in the queue were Peter O'Grady and Susan & Barry Maddox – originally from Wigan but now resident in nearby Altea. They arrived at the hotel for 9am to find a short queue already formed – official start time was 10am. By mid morning there were certainly a few hundred waiting, application forms filled out and ready for their pictures to be taken. Any with tattoos or unusual piercings had additional close-up photographs taken. 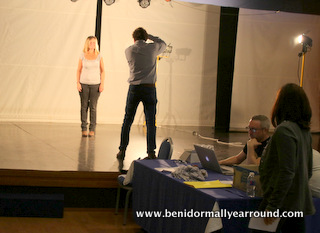 The Pink House, located almost opposite Benidorm Palace transforms into the reception area for the ficticious Solana Hotel and will be a hive of activity until July. You won’t get to see much going on there as it is a closed set but may fair better around the outside pool at the Sol Pelicanos or when they film at Morgan Tavern at the top of Calle Gerona.

The cast are shrouded in a tent away from prying eyes, but many of the cast are fab, knowing that fans are waiting outside and pop out to say hello and have pictures taken with them in between takes. 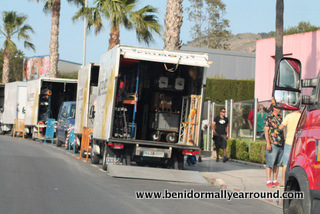 Cast and crew will no doubt be popping up around the resort over the coming months – the tell tale white Primoti vans and no parking signs are often a giveaway of where they are filming, so keep your eye out.
Good luck to all those that attended this morning – the afternoon session is from 4pm until 7:30pm