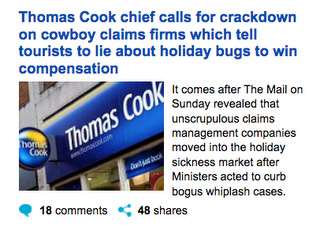 The CEO of Thomas Cook, one of the UK’s leading tour operators has admitted that action needs to be taken to clamp down on the false compensation culture which is costing the industry millions of pounds. Cowboy firms actively encourage tourists to make false claims of food poisoning, promising to reclaim the entire cost of the family holiday – something which is unique to British holidaymakers. 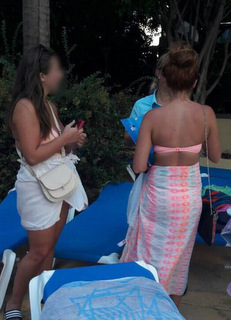 Reps have been spotted walking around hotel pools to solicit for business, dressed as holidaymakers so as not to arouse the suspicions of hotel staff. However, pictured are two such girls being apprehended by a tour operator last year at one of the resorts most popualr hotels. The pair approached British holidaymakers, asking if they were with a tour operator then pounce - it must be very appealing to some thinking that they can get the entire cost of their holiday back just by signing a form. In some cases vehicles park outside hotels with adverts for "Claims Clinic" 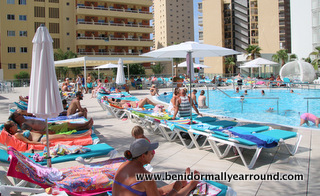 HOSBEC, the Hoteliers Association said that they do not have this problem with any other nationality – only the British that come on packages through a tour operator, namely Jet2, Tui, Thomas Cook and Monarch. In one year the claims rose from 1,000 to 10,000 – an absolutely bewildering statistic. 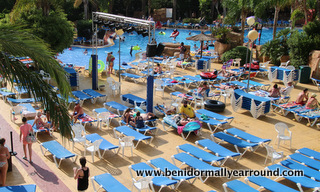 The worse part of this is that they do not actually have to prove that they were ill – and can make a ‘claim’ up to three years after returning from their holiday. The often-bogus firms springing up make claims against the tour operators, charging excessive fees for themselves and in turn, the tour operators deduct the payout from the hotel bills, who are actually the ones footing this compensation culture. “This is not solely a problem here but also rife in Mexico and the Dominican Republic. 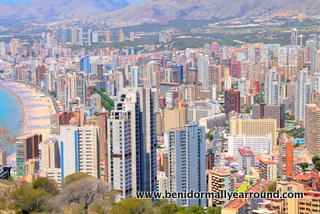 Unless the British Government changes the law to clamp down on these cowboy firms it will be the innocent British holidaymakers who will end up suffering. Prices will undoubtedly have to go up and in some cases, hotels here may also reduce the number of rooms available to the tour operators. 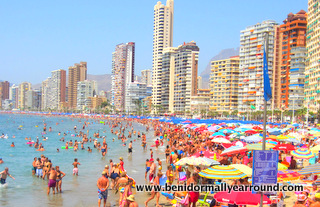 The issue has got so bad in Turkey that some hotels have actually already cancelled their contracts with British tour operators in Antalya and Marmaris – popular resorts with the Brits... will Benidorm be next? It may mean you will have to book your holiday here in segments – flights and hotel separately, but this does not then give you the protection which you get with a tour operator if there are problems. 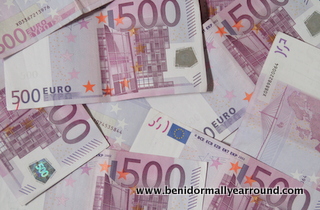 Peter Fankhauser, the Chief Executive of Thomas Cook is the first to speak out about this spiraling problem – I wonder if the other big 3 will also admit it and join forces, as together they are more likely to put pressure on the Government to act on these bogus firms. So next time you are sat next to someone around the poolside, who is smuggly boasting about their free holiday thanks to 'compo' you have them to thank for the hike in cost of your holiday package!

+3 #1 Peter 2017-03-05 14:42
I agree that the government or the relevant EU offices needs to clamp down on these parasites. The law governing claims should ensure that any claims are made either whilst on holiday via the holiday reps and also through official bodies/agencies or within perhaps three months of the end of the holiday again via an official agency set up to handle this at an early stage for the benefit of both the customer and the travel company. The only justification I can see for exceptions to a 3 month time limit would perhaps be incapacitation due to illness and such like. The process should be taken out of the hands of private law firms unless they are officially appointed to act as part of the process but strictly controlled in terms of fees.
Quote
Refresh comments list