The Circus is back in Benidorm 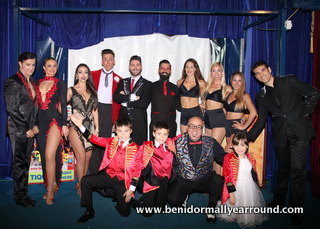 Ladies and Gentlemen, Girls and Boys… prepare to be thrilled and amazed -“Chapeau” the long awaited new show in the Big Top is open. It is where circus meets magic every Saturday night and from 6pm you will be enthralled for nearly 2 hours. Unlike the traditional circus acts of yesteryear, there are no animals or even clowns – it is a reinvented 21st century version suitable for young and old. 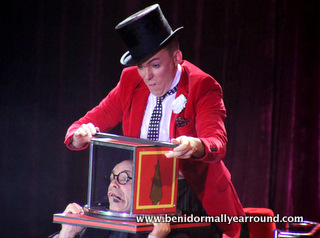 You will find the climatized Big Top located behind the iconic Benidorm Palace, which offers plenty of free parking. The compere, or ringmaster, David Climent introduces in both Spanish and English – but language certainly isn’t a barrier from enjoying the show which is very visual. 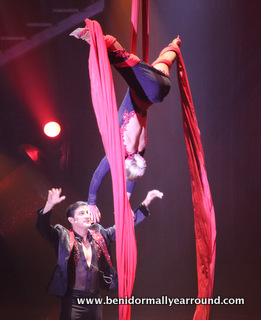 There are a number of jugglers, but stealing the show by a mile are the children of 6th generation Argentinian juggling entertainer Paul Ponce. He started performing from the age of six and his three children – Pablo, aged 10, Joseph, aged 8 and Lilly aged 7 are certainly following in his very talented footsteps. Paul is currently performing at Benidorm Palace in their show ICONS until mid May and then he will be touring around Europe and the States before returning to the Palace in Spring 2018. 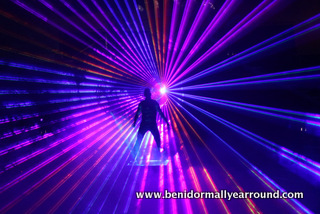 You will also witness one of David Climent’s spell binding illusions, involving a young lady, a box and some very sharp swords plus his fantastic laser spectacular, an incredible suspended ribbon tango acrobatics, some funny sketches including a take on the peamen as well as some entertaining audience participation pieces. 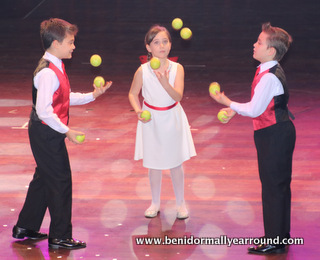 There is a short intermission half way through, allowing you to stretch your legs and pop to the bar for a drink – or to get that most traditional of circus snacks – popcorn! There is undoubtedly plenty of variety and something for everyone to enjoy.