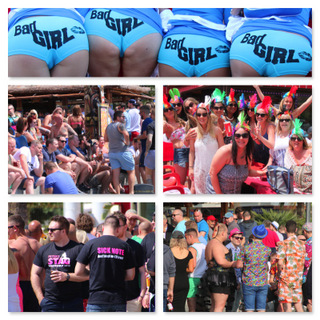 Benidorm is a mecca for drink fuelled partying, attracting thousands of Brits every weekend. Sadly, numerous stories of drunken loutish behavior are being reported on a regular basis, of it must be said, a minority, but it is slowly ruining it for everyone. Mallorca is fed up with what they call ‘trash tourism’ and the antics taking place in Magaluf, which is destroying the image of the island. 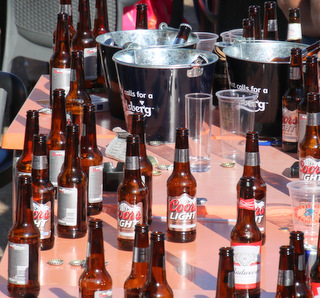 Last week a video was posted onto social media showing British and German thugs fighting on the streets, enraging local businesses and hoteliers. Officials have taken swift action and amended the Tourism Law, restricting how much alcohol can be served on all-inclusive package holidays… I wonder if it’s something that they will look at here in Benidorm?

It is one thing behaving badly due to alcohol consumption in a bar – but on a plane, thousands of miles up in the air, a potential disaster waiting to happen. A small number of flights have even been diverted of late and the unruly passengers offloaded by waiting police. 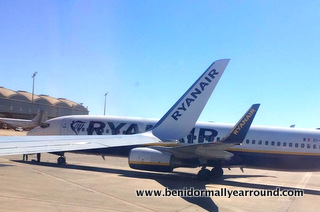 Over the last few days’ social media has been awash with claims that low cost carrier Ryanair are stopping everyone travelling to Spain from taking any bottles of alcohol into the cabin. The message posted on various Facebook groups stated that passengers will be asked to put any alcohol purchased in airport shops into their cabin baggage, which will then be tagged and placed into the hold, free of charge.

Boarding gates will be carefully monitored and passengers showing any signs of anti-social behavior or attempting to conceal alcohol will be denied travel without refund or compensation.

Wanting to clarify the posting I have been in touch with the airline directly and this is their response:
“Having consulted with our customers and the airport, passengers flying from Glasgow Prestwick and Manchester to Alicante will no longer be permitted to bring duty free alcohol on board the aircraft. Those who have purchased duty free alcohol will be asked to either place their purchases in their cabin baggage and into the hold at the boarding gate, or leave their purchases behind. The comfort and safety of our customers and crew is our number one priority and we will not tolerate unruly behaviour at any time.”

So for those travelling from either Glasgow Prestwick or Manchester on a Ryanair flight, take note. Be assured that alcohol is far cheaper here in the resort so there really is no need to buy at what many mistakenly believe is a Duty Free shop.

For travel within the EU all duty has been paid – it is only applicable to non-EU destinations. Alcohol will still be available to purchase onboard and there will be those that moan about the price, therefore trying to justify taking their own. If there was a medical emergency onboard, the crew would know how much alcohol had been consumed if medication needed to be administered by emergency services. However, if you are drinking your own then this could lead to a number of serious issues. The flight is under 3 hours – surely people can last or just have one until they reach their destination... once upon a time they said you'd not last without a cigarette on the flight and people do!

+6 #1 Sheila Fearon 2017-07-06 20:25
Some of the gangs on hen and stag parties are so obscene I am amazed they are not pulled in by the Police - pain in the butt for others to have to tolerate their idiotic and sick behaviour and foul language
Quote | Report to administrator
Refresh comments list