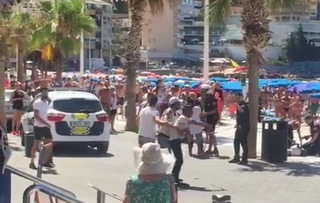 Some will see it as justice and a long overdue – two of the illegal cocktail sellers, or as they say here ‘mojiteros’ have been jailed following last Friday’s confrontation on the Levante promenade. During a routine patrol the local police apprehended one of the touts and a heated exchange took place, which escalated very quickly. 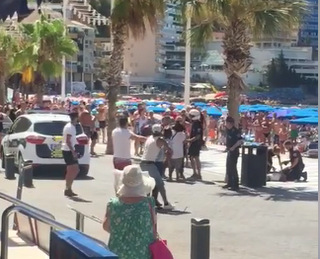 Within a matter of minutes over 20 vendors appeared and started throwing punches at the police, who had to use their taser guns to bring them under control. One of the police needed medical attention and three of the vendors were taken to hospital – two of which were released then taken straight into police custody. 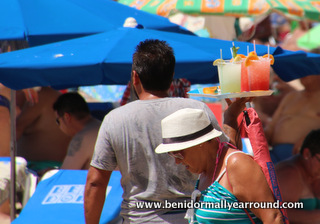 Yesterday they appeared in court where the judge ordered a father and son to be sent to prison. However, all is not quite as it seems for they were not imprisoned for selling the illegal cocktails but for assaulting the police. It was not made public how long they have been sentenced for – the message was ‘if you assault a police officer you go to jail’. 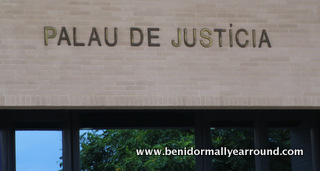 Stupidly, a third man who was being sought after turned up at the courthouse to support his friends but was immediately identified by the police and also arrested... he is now in custody and will no doubt have his own hearing shortly! 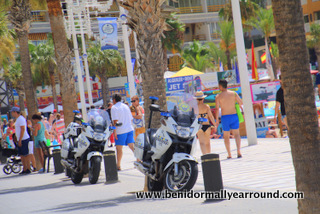 Since the brawl on Friday there has been an unbelievable high police presence along the Levante front – and no sign of any vendors. Police motorbikes were parked at every juction leading down to the promenade from the Avd Mediterraneo over the weekend to stop the vendors walking down. 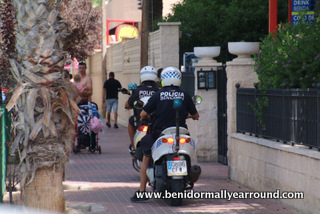 Normally the police all tend to go to lunch at 1pm on the dot - and there is no sign of any police presence at all. This is when the vendors know that the coast is clear. However, today that was certainly not the case and police where even riding up and down alleyways leading down to the front! 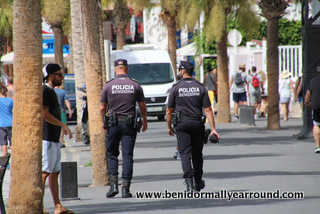 However, my fear is that this is a short-term knee jerk response and that within a week or so things will be back to ‘normal’… I just hope I am wrong. Following all the recent negative publicity about this and other illicit activities taking place here, surely the town hall must step in and take action? 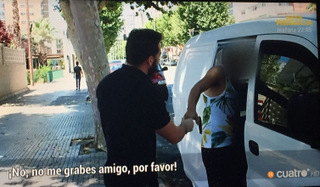 Up until last week it was only the British press reporting but a documentary on the national Spanish station, Canal Cuatro made a scathing but honest 100 minutes program about the issues here. They even interviewed the cocktail and pea gangs, who were brazen and proud of their ‘work’. Surely it makes the authorities into a laughing stock in their own country – but maybe it’s the push they needed to finally wake up and smell the coffee.