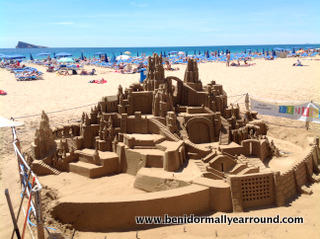 Opposition parties are arguing that there is no progress on the promised International sandcastle competition that was planned for Benidorm – a motion that was passed back in August 2016. For those that remember, the iconic sand sculptures graced the Levante promenade and sadly missed by holidaymakers. 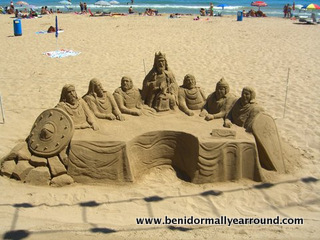 They were a real attraction and the PSOE opposition spokesman Rubén Martinez has claimed that the council “has done nothing” and demanded swift action in order to reintroduce them for this summer. A report published in February 2015 claimed that the activity “generated more problems than positive synergy” and that they were just following the precedence already set the previous year. 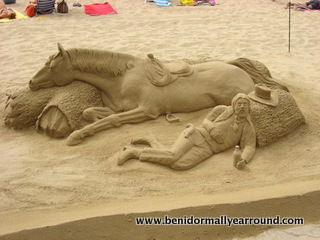 A rather strange statement considering that the artistes who created these stunning sculptures had to pay the council €2,000 each for the privilege – money which surely they cannot afford to dismiss. Many would stop to admire the work and the creators being more than happy for you to take photos of their work - appreciating any donations - for which there was a bucket nearby. 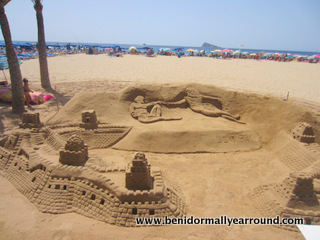 The details are amazing – the one of a castle, complete with moats, bridges and water fountains took two men 15 days to craft. It had to be sprayed with water at regular intervals otherwise the sand would have dried out and the sculpture collapse. The smaller sculptures are quicker to construct, four days perhaps… so if you thought that building sandcastles was child’s play think again. 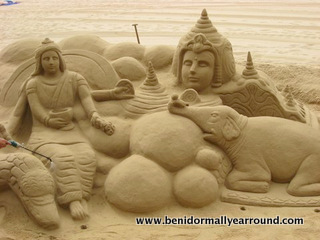 Once finished they would remain for around 3/4 weeks before being demolished and starting on another. However, if a freak thunderstorm hit it would be sooner - as has been the case! The creators stood on hand to repair any damage - often caused by wayward balls. There was also someone guarding it 24 hours a day to stop it being vandalised, normally in 2 shifts, day & night.