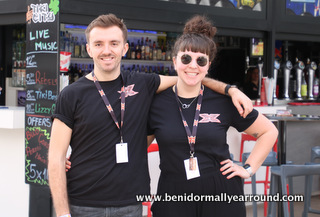 For wannabe stars, now is your time to shine. Auditions are taking place in Benidorm this weekend for the ITV talent show The X-Factor. This morning the team – producer Toyah, accompanied by Suzy and Jordi spent the morning at Tiki City, on the popular Calle Gerona. 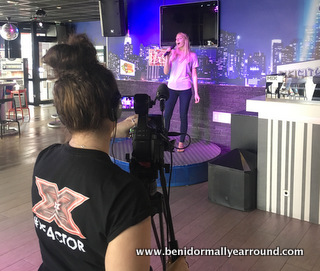 Tomorrow – Saturday, they will be at Voices, where it is open-mic auditions, meaning you can just turn up and have a go. Don’t be shy – give it a try! Anyone can have a go, whether you are a local resident, entertainer or just here on holiday. After Benidorm they are taking off and hitting Tenerife for 5 days. 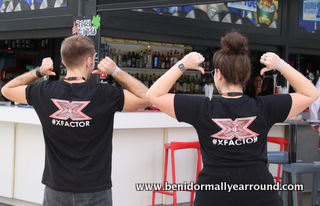 This is the first time that they have been abroad to do auditions and I asked Toyah if she had ever auditioned anyone that had gone on to the finals – and yes was the answer. She spotted Kevin Davy White – a musician from Paris, who was in The Overs category in 2017 and overall came third in the competition. So who knows…maybe Toyah is a lucky mascot?