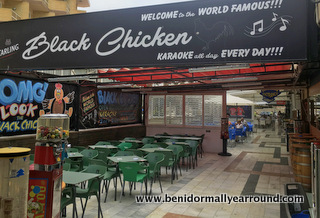 Mention karaoke and Benidorm in the same sentence and the one place that instantly springs to mind is the “Black Chicken”! It was Benidorm’s very first and original karaoke bar and its reputation is unparalleled to any other bar here. If you want the Ritz then it’s definitely not for you. But if you are after FUN – in capitals, a fun boisterous atmosphere, affordable prices, honest staff and a DJ that knows how to get the place buzzing, then pay a visit. 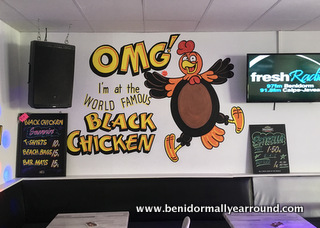 I’d read many reviews, of varying degrees on this legendary bar but had never actually been so went with trepidation and was somewhat disappointed. I was expecting it to live up to the many comments posted on social media of a dirty dump and for the soles of my dainty sandals to stick to the floor - but was left saddened that neither of these often touted phrases when referring to the place were true! Personally I am not a karaoke fan but know many that are and for those, the Black Chicken is almost a right of passage when here. 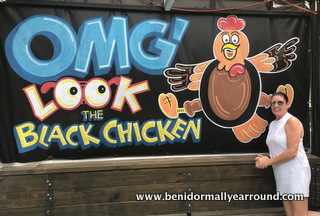 The owner is Alison and has been for the last 9 years – having taken over the business from her father “Billy T” and certainly NOT Daniella Westbrook as has frequently appeared on social media! It is the first and original karaoke bar here in the resort and its popularity certainly confirms that, being open 365 days of the year. 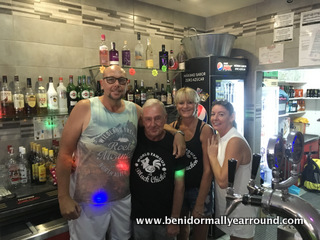 Alison has recently had their logo redesigned, by local celebrity ‘Flash Harry’ and die-hard fans can even take home a souvenir of the place – beer mats, t-shirts etc to remind them of their visit. The very reasonable prices keeps punters coming back and the alco slush machine is definitely a draw for the ladies.. but it's the fantastic team which most appreciate. 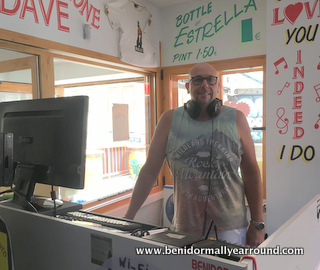 Alison has lived here in Benidorm for around 18 years and nothing pleases her more than witnessing people enjoying themselves. In charge of that is Neil - DJ extraordinaire who has been at the Black Chicken for 3 years. Originally from Wolverhampton, where he was a nightclub DJ he started here in Benidorm at what was the Star & Garter. His original plan was to move over to Majorca but fortunately their loss is Benidorm’s gain and he spins the decks, getting the party atmosphere going from 2pm until 7pm, with karaoke until 2am, when the bar eventually closes. 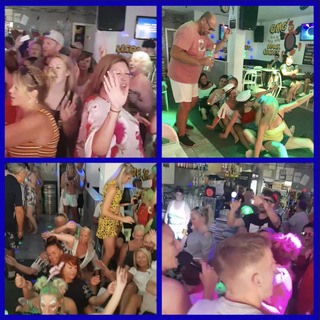 You can also catch him on Fresh Radio Spain every weekend from 8am until 11am. The Chicken has just had its 3rd renovation within the last 12 months – it is certainly a challenge to mop up every time an over enthusiastic reveler spills their drink so versatility dictates that plush velour upholstery would not realistically be very practical! But in addition to locals and holidaymakers, the venue also has its fair share of famous faces.

Comedienne/actress Chrissy Rock, Daniella Westbrook, Alice Barry from Shameless, Reality star Imogen Townley have all passed through the hollowed doors and Alison’s great friend, celebrity blogger Ryan Mira keeps them coming. So who knows who’ll you end up sharing a duet with…