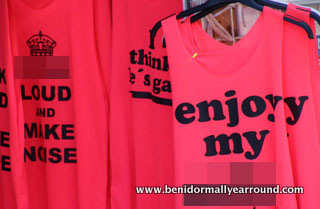 Following continued complaints from locals and especially the BBBA - Benidorm's British Businesses Association about unsuitable adult items visibly on sale in numerous Asian shops, police have at long last begun to crack down. 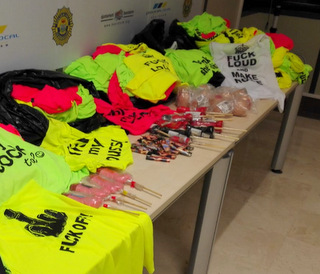 Almost 500 items were confiscated from five shops located between Calle Gerona and Avenida Europa primarily aimed at British stag and hen groups. The haul included 380 Neon t-shirts with messages such as ‘Fuck Loud’, ‘Suck my Cock’ and ‘Lick My Pussy’, lighters with pictures of naked women, blow up body parts and other items. 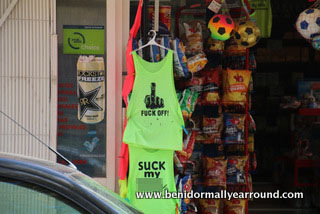 The items, which are classified as pornographic material, were clearly visible to any passers-by at the front of the stores, including minors. The council are now investigating as the establishments are technically in breach of their licenses selling such items which could potentially result in fines being issued of anything between €600 up to a staggering €30,000! 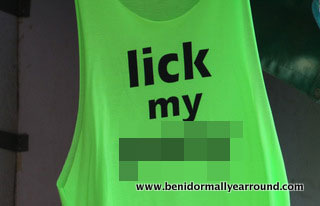 Although many holidaymakers and party groups will see this as unjust and ‘just a bit of fun’ they have to understand that as well as being a tourist destination people also live and work here. Businesses are endeavoring to attract families back but with such items visibly on display, are losing the battle.

Stop and think whether you’d be happy with such tops hanging along your local High Street as you walked past to do your weekly shop with your 6-year-old or an elderly parent? Puts a different perspective on it now I think…