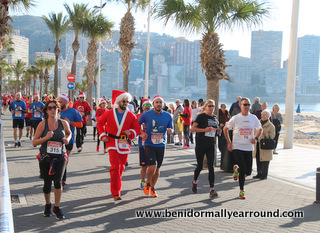 The annual San Silvestre Christmas fun run took place in Benidorm this morning, starting next to the Hotel Cimbel along the Levante promenade. The 4km circuit went down the length of the prom then back up the Avenida Mediterraneo, attracting a good turnout of competitors and spectators. 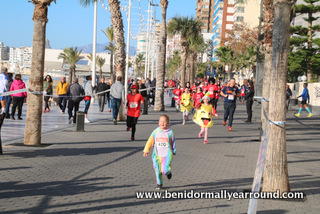 As is tradition, many wore festive fancy dress outfits and the fun runners and families, who only completed one lap of the circuit went first, before the competitive club runners – who had to complete two circuits. In fact, the winner actually lapped the last of the fun runners despite there being quite a gap before they set off… but it’s the taking part which counts! 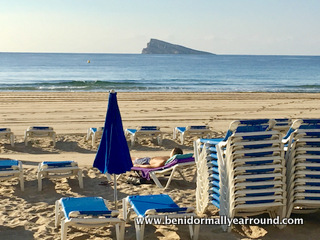 It was a perfect morning, with clear blue skies and many walkers along the promenade stopped to clap and cheer the runners on as they passed. Unsurprisingly, even at 10:30am, there were already customers enjoying a liquid breakfast at both Tiki Beach and Pinocchio next door as well as bodies spread out on the beach catching some early morning rays!

I must say, not a bad way to end 2018. For those here there is the big New Year’s Eve party on the Levante beach, with DJ’s counting down the final minutes of 2018 followed by fireworks from the Mirador up in the old town. 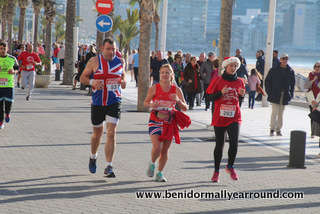 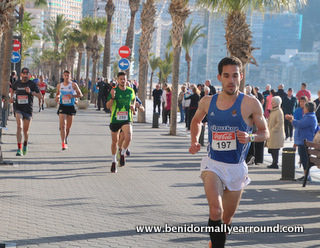 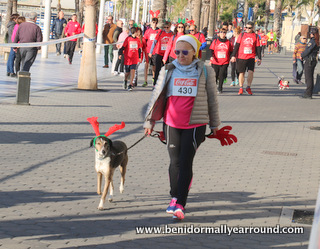 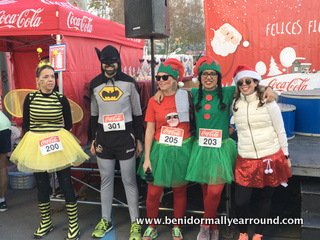 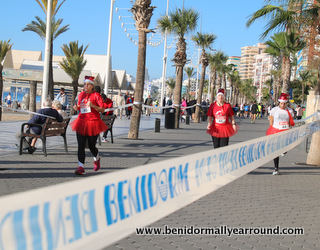