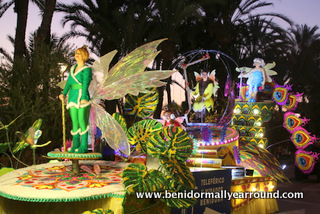 The annual Three Kings parade took place in Benidorm last Saturday evening, comprising of 12 floats and over 800 participants as well as bands and numerous livestock! The procession set off from Dove Park a little after the advertised 6pm start with a ‘hiccup’ when the tractor pulling the Kings float wouldn’t go, resulting in a rather long gap. 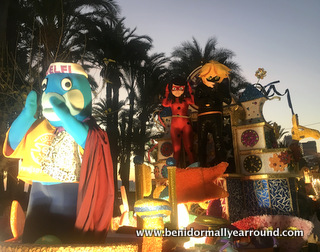 It left many of the organisers running about in a panic – fortunately things got moving after about a 20 minute delay. The first part of the parade had a fun carnival like theme, with sponsored floats from local businesses and hotel groups comprising of cartoon characters plus choreographed dance routines and bands in between. 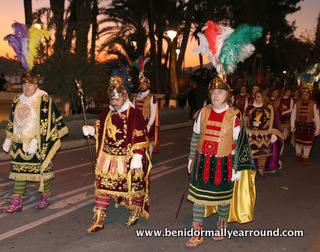 There was also plenty of livestock, including geese, donkeys, goats, ox, chickens and turkeys. The second part concentrated on the traditional religious aspect, with nativity scenes, Roman soldiers, shepherds and the last float, the stars of the event – the three kings, Melchor, Gaspar and Baltasar. 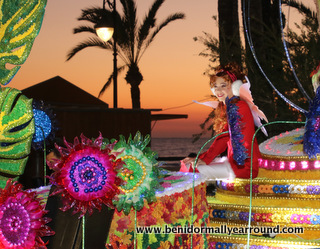 Thousands lined the entire route - parents, children and grandparents, all vying to catch the tonnes of sweets thrown out to the crowds along the way.. and yes, once again the pensioners were just as enthusiastic as the children in the scramble to fill their carrier bags, elbowing each other out of the way. 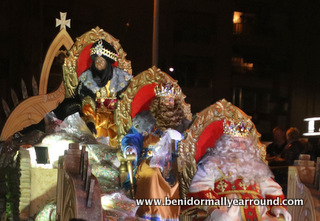 The parade finished at the town hall square, where the Three Kings carried the traditional gold, frankincense and myrrh to present to baby Jesus. The night finished with a firework display lit from the roof of the town hall building and then for once, children rushed home to get to bed excitedly waiting to see what gifts they would get this morning. 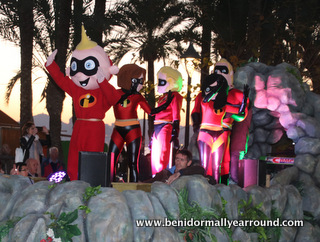 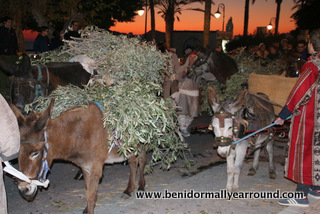 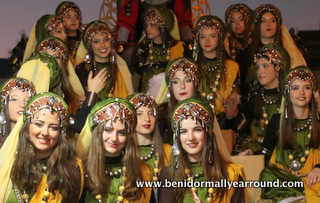 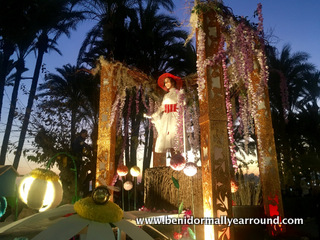 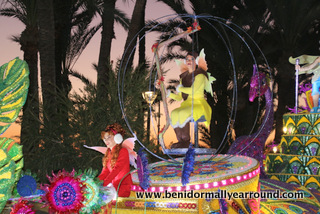 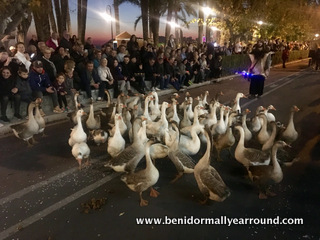 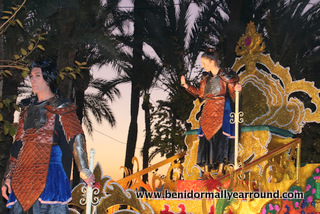