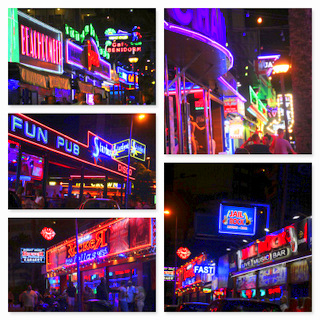 Many come here to Benidorm for the nightlife and to party and we thank you all for choosing this wonderful place that over the years has become home to us expats. The entertainers are second to none as most will have experienced, with a huge selection of acts to suit every taste – from tribute acts to singers and comedians. The list is endless and each is 100% professional, giving it their all each evening. 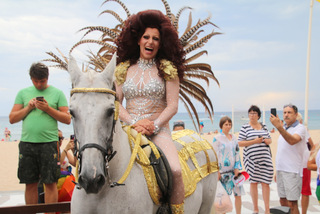 Many probably think what a great life they have, working a few hours in the evening and basically lounging around all day. Perhaps some do and good luck to them, however there is one in particular that I feel warrants a special mention as he does anything but – Colin Brown or as many will know him by his alter ego Miss Coco Chanel – Queen of Visual Comedy. 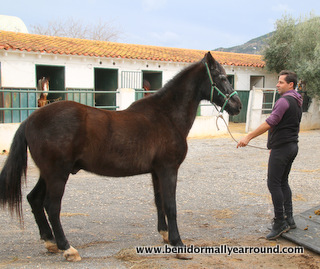 During the day you will inevitably find him at the stables where he rescues neglected and mistreated horses. Many will have seen him riding upon the majestic Celeso at the Gay Pride parade here last September, who is one of 5 rescues currently under his care. To date he has rescued nine, lost two and rehomed one - Apollo to Scotland. 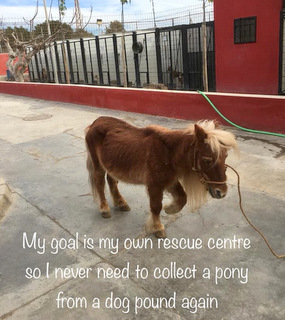 His commitment to improving their lives, away from the neglect they have had to endure is remarkable and he uses his popularity as an entertainer to raise money towards the mammoth stabling fees, feed and vet bills which runs into thousands each month. The hours of work and love he shows to the horses is inspirational and his dream is to build a rehabilitation centre for abused and neglected horses here in Spain. He now has a charity number so everything is legal and above board. 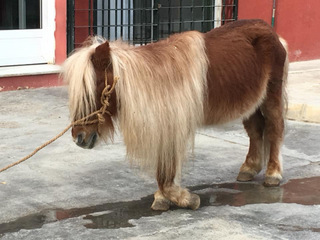 This week he took on another enormous task having been tagged in a post about an injured pony that had been abandoned by its owner, tied to a tree with no food or water in Almeria. He was recovered by the police and taken to the local dog pound, where he remained for 9 long days - surrounded by barking dogs. 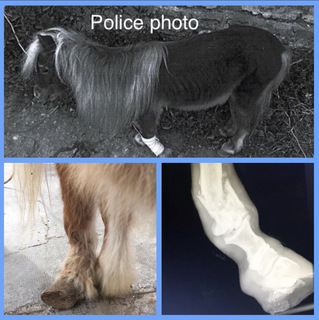 Understandably in his condition there weren’t any takers, knowing that the only certainty would be massive vet bills. Step forward Colin and on Tuesday he took a 6 hour round trip to collect his latest addition – now named Trooper.

An initial vet inspection estimates that he is about 25 years old, weighs only 78kg and has had the fracture in his leg for 2 or more years. 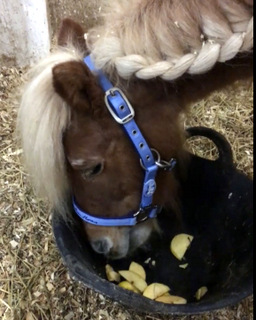 There is a 75% success rate to operate but obviously there will be risks along the way. If successful, little Trooper can enjoy some happy years roaming and so for Colin there is no choice what to do, with his heart ruling over his head. Little Trooper is now in Colin's care - happily munching on carrots and apples. The estimated cost to operate is in the region of €5,000 and to give Trooper a chance Colin Coco is now in serious fundraising mode.
Even a single euro will help and be greatly appreciated – if you cannot yourself maybe you can spread the word. Donations can be made via Paypal: This email address is being protected from spambots. You need JavaScript enabled to view it. or gofundme.com/cocos-horse-rescue-centre

He will never reach his goal without the financial help and support from the public... lets get him on his way.

0 #3 Sheila Fearon 2019-02-01 17:50
Fabulous man with a big heart of gold. If anyone can help please donate to his horse rescue charity, he could really do with some funds
Quote
0 #2 Denise 2019-02-01 10:53
This man and his partner are amazing . I am one of his many sponsors who donate each month to help with this. I had the pleasure of meeting the hoses in october 18 and the love they show colin is amazing. Please everyone send a pound or euro every single penny cent goes the these beautiful animals. Xx
Quote
0 #1 Stephen Chatt Milne 2019-02-01 09:17
although we are not in touch much,I remember Colin as a young lad texting him on the coach as he arrived in Benidorm..I have the most absolute admiration for him and what he has worked so hard to achieve..well done Co Co and on with the show x
Quote
Refresh comments list