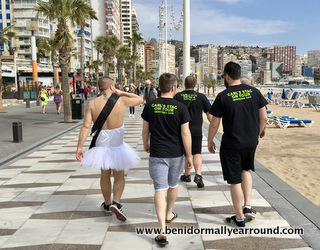 The uncertainty of Brexit has created confusion and fear, with some even putting off booking their holidays. However, despite this the resort still appears pretty busy, especially at the weekends, with the Stag & Hen season now upon us… and where would many of the bars be without their business – probably closed!

But the age old question of where to change your pounds to euros remains – before you leave or in the resort. According to a report, holidaymakers are at risk of losing a staggering £14.5 billion on foreign exchange transactions because of unfair and often extortionate charges made at exchange bureaus. 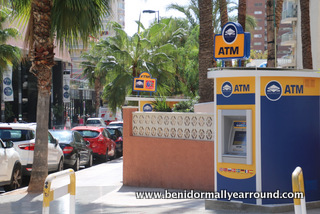 One popular way to take your hard-earned money abroad is using a pre-paid debit card such as Revolut which also allows you to withdraw up to €200 a month abroad from an ATM for free. You can obviously do the same using your UK debit card from any ATM here in Benidorm and you'll find several on every street corner here - plus increasingly cropping up in bars too, but will be hit with bank charges and a less favourable rate. 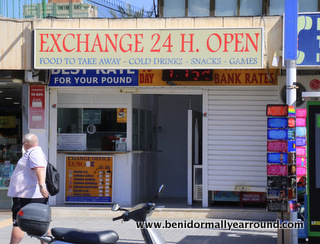 A big no-no is to never change it at the airport, whether in the UK or especially here at Alicante. What many do is go to one of the many exchange bureaus’ here in the resort and there are certainly plenty of those around. But a warning, there are a number of unscrupulous ones here too, which you sadly hear about after someone has been fleeced! 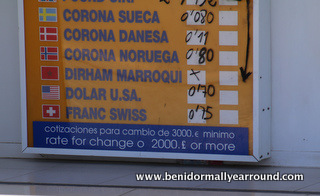 The boards outside will offer one rate, but in small print at the bottom, which many do not see, will state that the rate is when exchanging a minimum amount, often at least £1,000 or in some cases, £2,00 like the one next to the Sol Pelicanos hotel. Once you hand over your £’s it’s too late and sadly there is very little that the police can do as they will point out it was advertised. 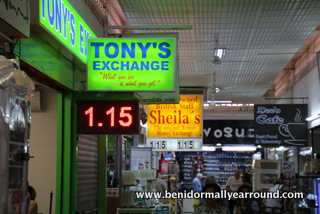 So many holidaymakers have had awful experiences at that one in particular when all they need to have done was walk 100 metres up to the indoor market and visit Tony’s or Sheila’s who have been around for years. There is no minimum required to get the advertised rate and in fact, you even get slightly more if changing over £1,000 in one go.