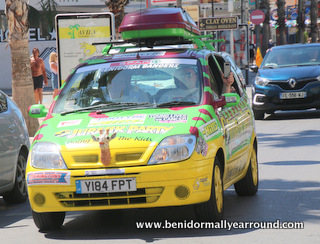 Another year but the traditional UK to Benidorm charity car rally 'Benidorm Bangers' – now in its ninth year pulled into Benidorm this afternoon, having set off from various parts of the UK on Monday for the 1,500km drive. This year 38 vehicles started… with only 2 failing along the way. 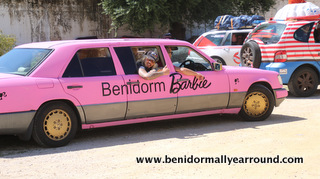 Unfortunately, the traditional drive along the Avd Mediterraneo and onto the Levante beachfront couldn’t take place because of the roadworks, meaning many missed out on the opportunity of seeing them. 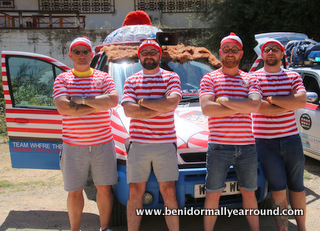 They parked up behind Jokers, where they unloaded the donations they had all collected for the children’s home in Gandia – which was a considerable haul. Rob Scott organized this incredible event, raising money for his chosen charity, The Yorkshire Air Ambulance, as he does every year. 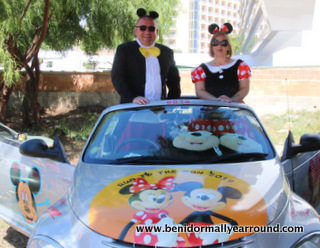 Tomorrow afternoon – Sunday, they will have a presentation ceremony at Jokers, handing out awards and trophies to the winners of different categories. It was a fantastic effort from all involved and all for a great cause. Many are scrapping their vehicles here – legally through Bradley’s Breakers who were there to greet and handover/sign paperwork then spending a few well earned days resting and chilling before flying back to the rain! However, the 'Jurassic Party' car, with giraffe stuck on car front was donated to Katie Dell for the Gandia children's home to use. 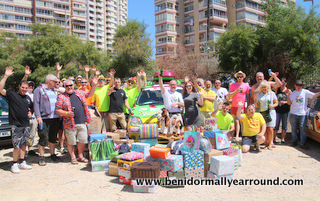 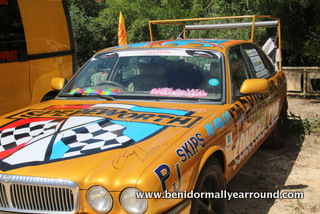 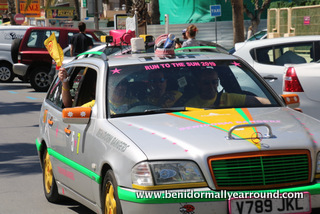 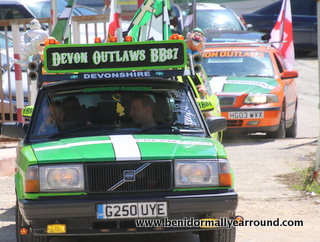 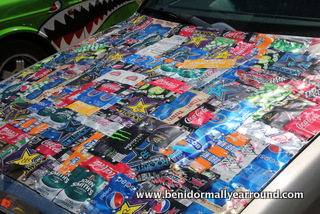 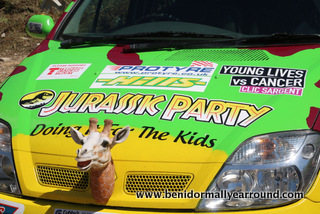