The fiesta that never was 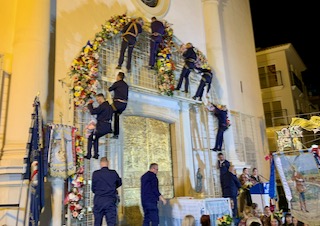 This weekend would have marked the start of the Benidorm fiestas, a massive deal financially for the resort. Hotels, restaurants, bars all benefit – not forgetting the florists who supply the thousands of bouquets of flowers for the floral offering, decorating the outside of the San Jaime church up in the old town. The entire process takes absolutely hours to complete but the end result is pretty amazing. 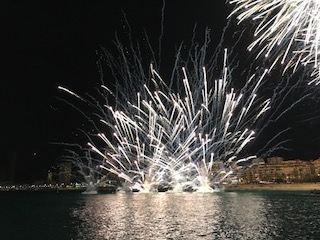 Sadly all events except a couple of religious masses have been cancelled, which due to the situation, this year will be conducted at the open air Julio Iglesias auditorium. This will be the only official act marking the fiestas this year, meaning no big parades or what most enjoy, the spectacular firework display to mark the end, lit from the Poniente beach.

As with many town halls, the money that was earmarked for fiesta celebrations has all been allocated to the Social Welfare departments, aiding families that are affected by this economic crisis. 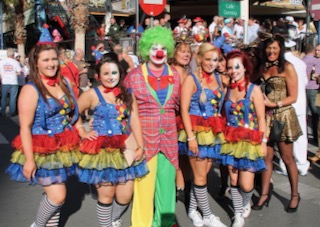 This therefore means that the British fancy dress day, which would have taken place on Thursday 12 will also not take place – although this isn´t actually an official event. It has grown over the years, with tens of thousands descending on calle Gerona and the Square in all manner of fancy dress. 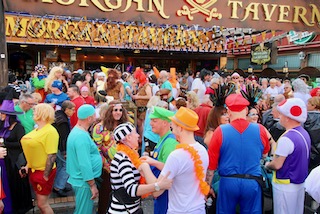 Bars would take in that one day what they´d probably take in a normal month so it´s definitely a blow for them. Initially many that did have flights booked were saying that they still planned on coming – remember, people literally book from one year to the next… it´s an annual pilgrimage. 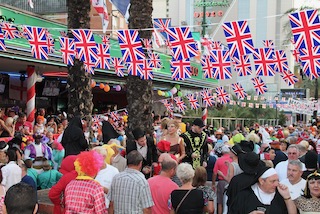 But now with the lockdown in the UK, which start tomorrow and Easyjet announcing that after Sunday 8 November that they will only be offering a limited international service, leaving just Ryanair serving Alicante from the UK, that is sadly very unlikely now. 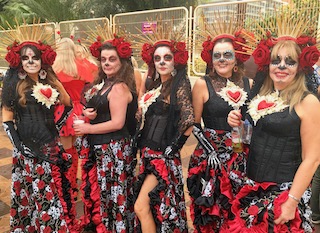 HOSBEC, the hoteliers association have also announced that from Monday, only 15 hotels will remain open for the foreseeable future – that is a mere 10% of the resorts usual capacity. Apartments are still available for those that do manage to get here though. 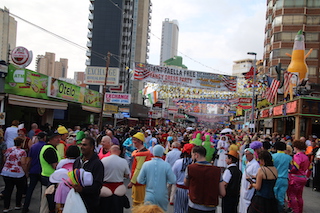 Bars are also still open - although by no means all, so the resort is far from dead but it was just announced today that bars and restaurants in the Murcia region will have to close from Saturday like in the UK. At the moment this does NOT include Benidorm – lets just pray that doesn´t change. We must all try and stay positive, reminisce on past years partying here and look forward to being able to do so again one day. This will not last forever and we hope to see you back in Benidorm as soon as you are able and each feel safe to come.