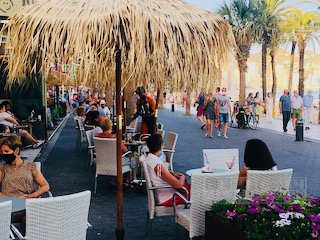 Many parts of the resort are at long last finally buzzing albeit not with the Brits we so want and need.

Over half the hotels in Benidorm have re-opened but others are waiting for the UK government to give the go ahead for Brits to travel to Spain. 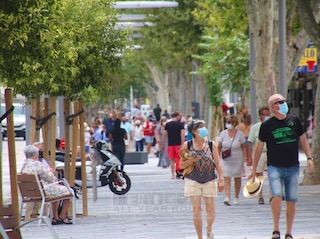 The newly revamped avenida Mediterraneo is certainly looking very Mediterranean, with people strolling along the new wide boulevard. Sadly it looks like it may take longer than initially hoped for Brits to enjoy it though, with a new revised date of July 19 now being announced for an end to restrictions – strange that is 3 days before parliament goes on summer recess! 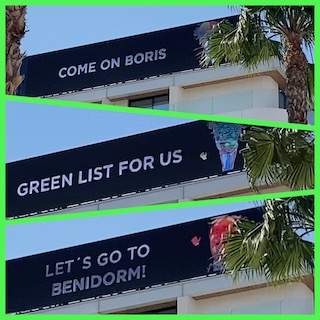 The Hotel President probably summed up the feelings of everyone in the hospitality sector with their mega advertising screen on top of the hotel. It certainly made many stop and point and hits the nail on the proverbial head. The hotel has reopened and welcoming guests after a long hiatus but it is anxiously awaiting the return of the Brits - a very popular hotel with them as located so close to everything. 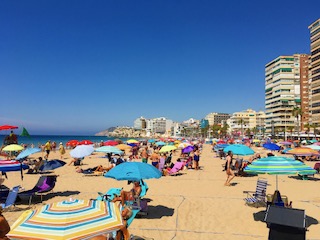 The front line and promenade are very busy, as is the old town but if you listen, all you can hear is Spanish. Benidorm is an extremely popular resort for them and the packed beaches confirmed that. Some just pop here for the day, others make a weekend of it, but many are here for a week or even fortnight. 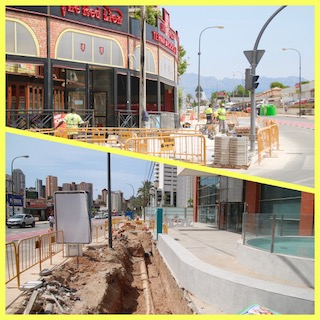 However, the Rincon de Loix side, predominantly popular with the British sector is sadly still rather quiet, with many of the bars remaining firmly shut. Mind you, there are many building works and improvements going on at the moment. The entire pavement running down from the Red Lion II as far as the hotel Levante Club has been dug up.But rest assured, once finished will look fab. 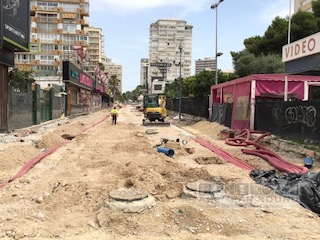 Avd Mallorca - known to all as The Square and the heart of clubland where many go when here is still all torn up. Although no definitive date for completion was ever given, the council said it would be ready for the return of the tourists…. Just as well they have another month then! 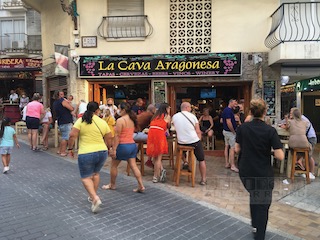 Sadly as much as we want you back and as much as you want to be here, Boris says no. But rest assured, the sun will still be here, as will the beautiful sandy beaches, hundreds of bars with bargain food and drink and by the time you do come, the building works will all be finished and need for wearing a facemask no longer necessary.