Is the Solana opening back up? 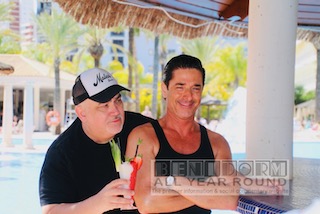 There was certainly an air of excitement this afternoon around the poolside bar of the Sol Pelicanos… aka the Solana hotel from the popular hit series Benidorm when holiday makers recognised a certain gentleman! 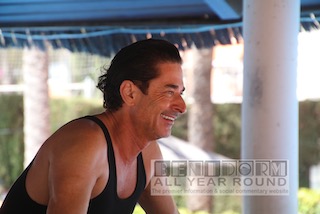 First people were nudging each other to check if it really was who they thought it was, then slowly they began gathering by the bar. Yes it was actor Jake Canuso who played the flirtatious barman Mateo Castellanos, appearing in all 74 episodes  of Benidorm and the most recognised out of the entire cast. 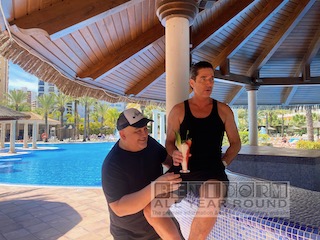 Accompanied by Derren Litten, the writer and creator of the British television sitcom, they had a photoshoot holding a cheeky cocktail. Rumours by the many fans of what was going on went into overdrive….and being the gent that Jake is, he stopped for photo´s with them after the shoot. 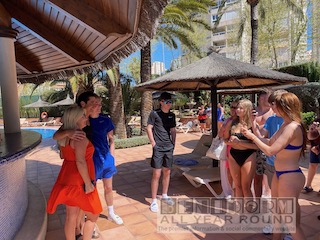 All will be revealed later in the week! But for fans of the series – get ready for something exciting happening later this year! 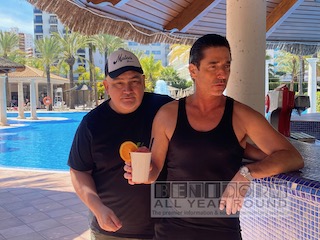