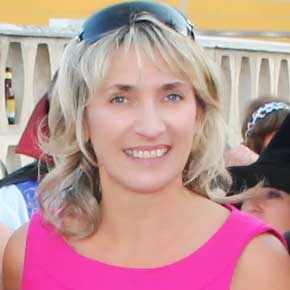 Introducing Benidorm All Year Round

Benidorm All Year Round is a website aimed at keeping you up to date with what´s going on in Benidorm and the surrounding areas. Featuring a broad selection of current affairs, events and interviews, whether you are reading from the resort or further afield, you will never miss out on what´s going on in this vibrant town!

No 1 hot spot for Brits

Benidorm is the number one holiday destination for Brits and over 3 million flock here every year – it´s not hard to see why with its miles of golden sandy beaches, mild year round climate, reasonable prices and close proximity to the UK. Here you will find something for everyone - whether its entertainment, culture, places to visit, fiestas or things to do... we cover it all. 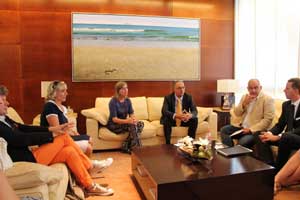 For the thousands of ex-pats who have decided to make this their home, we endeavor to provide useful information and news, updates on changes in regulations – especially relating to health care & driving in Spain and important events in the community. We have a good working relationship with the British Consulate in Alicante as well as with all the local Town Halls. We also provide content for many of the  ex-pat newspapers and have a regular weekly in the Costa Blanca News, travel magazines including European Travel Magazine and take to the airwaves at Talk Radio Europe.

Working with the British media 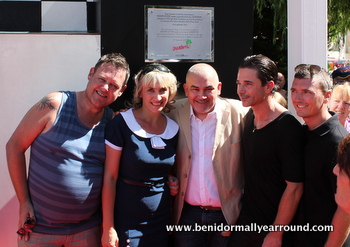 Many British television programs have been filmed and broadcast from Benidorm over the last few years, which we have been fortunate to be involved with.

We also instigated and organized the plaque presentation for Derren Litten, writer and creator of the ITV Benidorm series by the Mayor Agustin Navaro and the British Consul Paul Rodwell, in recognition of his contribution to boosting tourism by basing his hit comedy in the resort and were present at the private audience with the Mayor prior to the unveiling.

Working with the Spanish media 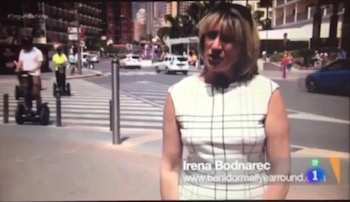 Interviews with the stars 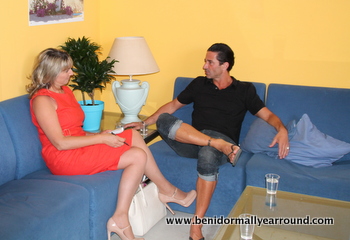 In a survey which we ran we asked the question "Has the ITV Benidorm series persuaded you to come here on holiday" - and 62% said yes!

The Benidorm Series has truly done wonders in raising the profile of the town and we have been privileged to have interviewed many of the cast, producers and directors over the years.

All of the interviews can be viewed in the archive. We also helped to publicize the calendar bought out by actor Jake Canuso, who many consider the main attraction and star of the show - playing Spanish barman "Mateo". 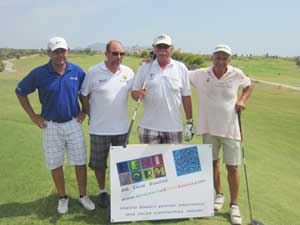 It is always important to help those less fortunate and we try to do our bit whenever possible. We have sponsored a hole during a fundraising golf tournament for Emaus - a childrens charity here on the Costa Blanca and also ran a fancy dress competition during the British Fancy Dress Day in November for the same worthy charity. Later this year, in collaboration with Benidorm Palace we are hoping to organise a charity golf tournnment with some famous celebrities coming over specially from the UK. Comic Stan Boardman is one of those that is very keen to take part - and he has promised to bring over some celebrity pals with him. 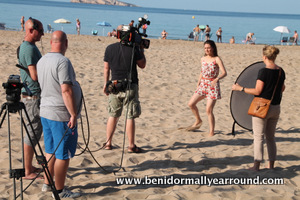 If you're planning a shoot in the Benidorm region we can help. We work as a fixer for documentaries, films and live TV.  We can help find contributors and locations at short notice! We have assisted with the sourcing of research material and finding suitable locations for programs such as BBC 2 documentary "This World", ITV ¨Daybreak" and also "This Morning" – which both had live broadcasts to the UK and also Spanish networks including RTVE - El Escarabajo verde. Contact us This email address is being protected from spambots. You need JavaScript enabled to view it.

Bringing you the best of Benidorm

Up to date - Up to the Minute - Your Benidorm News