Hold your Bets in Benidorm! 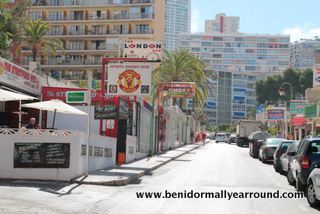 There was a co-ordinated police raid on five bars in Benidorm on Saturday afternoon by a police unit from the National Police of the Valencian government – in a crackdown on illegal gambling. There had been an undercover surveillance on the establishments – all British and Saturday, the day of the Grand National was payday! 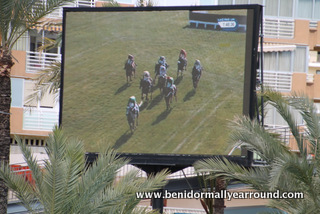 Over €5000 in cash was confiscated along with betting slips, four laptops, television monitors and markers. Timetables, schedules and betting slips confirmed to the police that the premises were being used for illegal activity. 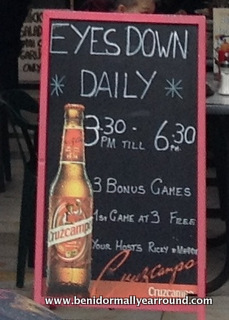 Police announced that in one of the establishments over 150 bets had been placed in the space of four hours amounting to €22,000 – which they managed to work out from the discarded slips. Over the years there have been many raids on British bars, predominantly for bingo and any sort of gambling is illegal unless placed in authorized establishments. Gambling is heavily regulated and all money must be declared to the tax authorities – something the police have confirmed was not done in these instances. 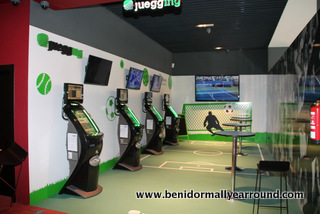 There are betting machines at the Casino Mediterraneo and Luckys, all in easy reach, available for both residents and holidaymakers. The team are also investigating five local ex-pats living in La Nucia, Alfaz and Benidorm for money laundering following the raid.
For those that come here on holiday be warned – you too can be fined and prosecuted as being an accessory to illegal gambling in any such raids.

0 #1 Dave T 2016-11-02 17:11
Tourists come to Beni for the sunshine, cheap beer & most of the guys like a wee bet what's the harm in that. If the police crack down to hard then the guys who come across in there droves for the likes of Cheltenham will go elsewhere on holiday which would affect the Benidorm tourist industry. These bookies are only providing a much needed service.
These betting machines you need a masters degree to work them & if you want to put a bet on in a hurry they are useless.
My advice, leave the bookies alone "we" the tourists bringing money into your economy want then to be available to us. All the best & be lucky!!!
Quote | Report to administrator
Refresh comments list