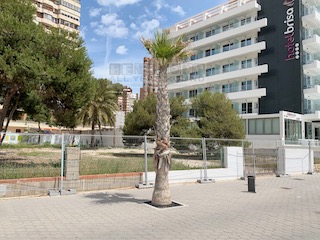 How many of you, especially those that have been holidaying here in Benidorm for many years, admired the old rambling villa that once stood on the Levante beach near the cable ski - some even wishfully dreamed of buying it “if I won the lottery”. Now after many years a new centre is due to be constructed on that prime 1,445 m2 plot, between the relatively new Oasis Beach Club bar and Hotel Brisa. 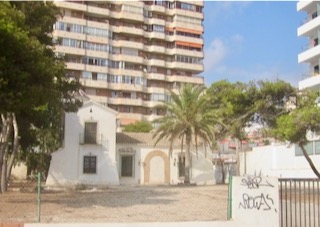 The villa which originally stood on this plot was built on land belonging to the state and between 1939-1949, it was home to Martinez Alejos, Franco´s president of the Alicante government. However, having been abandoned and fallen into disrepair it was eventually demolished in 2016 as deemed unsafe, frequently occupied by squatters. 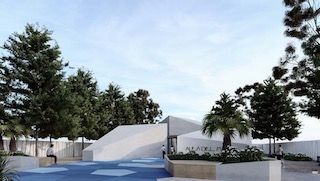 Now Benidorm council are putting out tenders for the construction of the ´Aula del Mar´ - a maritime expo centre having been granted use of the land for 15 years, with the possibility of a further 15-year extension. 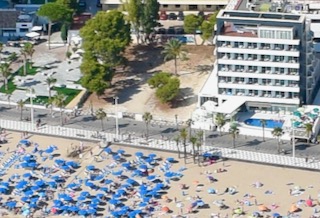 The proposed plans which have just been unveiled show that there will be three interrelated units housing a museum area to showcase Benidorm´s cultural and historical links to the Merchant Navy and humble beginnings as a fishing village, an exhibition space and public toilets. 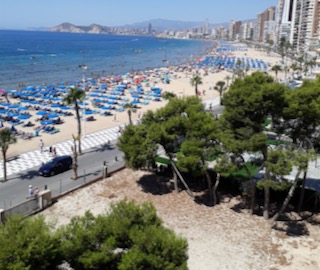 The rest of the area will be landscaped, with shaded seating areas facing the sea finished with a pavement of different hues of blue, to complement the sea. The budget for the build project comes in at a fraction over €655,000 and will be financed by the council, regional government and central government with a completion period of nine months.

Hopefully by next Easter it will be ready to welcome visitors... with so many changes and renovations currently going on, you´ll be hard pressed recognising the place upon your return!