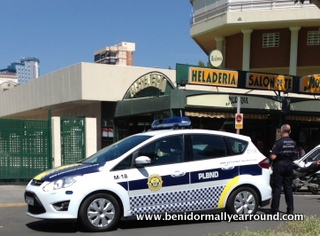 A POLICE officer from Benidorm has been sentenced to six months in prison followed by 3 months suspension without pay and 1,440€ fine – for using a police issued mobile phone to make personal phone calls. Between April 2008 and January 2009 the accused accumulated 613.55€ worth of calls to private numbers, including her daughter and husband which transpired to be non work related. The female officer was due to stand trial on Monday, but her defence team reached an agreement and entered a plea bargain, therefore a trial before a jury was avoided. 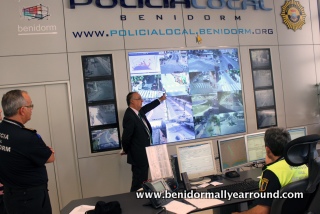 The prosecution had submitted a case against the defendant of a crime of embezzlement by wasting public funds and sought a three year prison sentence, three year suspension from public office and a 1,440€ fine - whilst the City of Benidorm wanted double that – six years jail and subsequent suspension from office plus a 2,880€ fine! Seems somewhat harsh to me, especially when you consider that a number of ex-directors of Terra Mitica are being sent to trial in March for an alleged fraud of 4.4 million euros and the prosecution are looking for sentences ranging between seven and ten years. 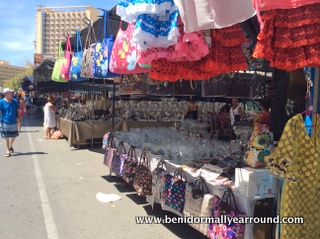 Although crime is no worse in Benidorm than in any other town or city across the world, one thing that does tend to get people particularly frustrated here are the peamen - and lack of action taken to eradicate this problem. The organised gangs will be particulary prevalent today as it´s market day - standing on busy street corners and in recent months alongs the Levante promenade. 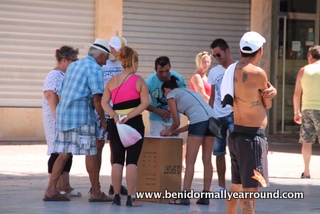 They have look outs who whistle when they spot any police approaching and the gangs dissapear in seconds, only to return as soon as the coast is clear. DO NOT even stop to look, as tempting as it is when you see a crowd making a big commotion. You not only stand to loose any money you place on a supposedly sure bet, but will also have your wallet or purse pinched while watching. I am still surprised by the number of people that do stop - and not only Brits but also the Spanish. The police find it very difficult as unless the gang members have more than 400€ on them, they can only be cautioned and released - and obviously they are wise enough never to have that amount. This is probably the single biggest issue but so long as people stop they will continue. 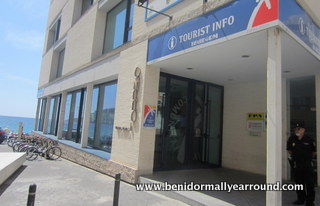 Remember, if you do happen to be the unfortunate victim of a crime whilst here then ensure you go to SATE, the Foreigners Assistance office to report it, which is located at the end of the Levante beach on the 1st floor of the Tourist Information Office.They will help you to fill out a crime report in English and also assist with any other needs you may have.

-1 #1 Peter 2015-01-23 20:57
Those peamen - what a menace and utter irritation they are.
I was in Benidorm for two weeks from the start of the Fiesta Patronales last November during that time I was walking towards the Rincon end of the Calle Gerona.
I saw the peamen in action with all their actors/accompli ces around them going through the actions to attract punters/victims to the upturned cardboard box they use for their deceptiions.
Suitably warned by your site I was not tempted but angry to see them doing this in a very public place.
Suddenly they scattered and soon enough a police car appeared.
Two days later whilst walking along the promenade I was passed by two motorcycle police who turned into town a little way ahead.
Immediately after the peamen apeared from nowhere and set up shop.
Untill the law is changed they will always give the law the run-around because they know that they can get away with it.
Quote
Refresh comments list