Benidorm Council gets tough on scooters 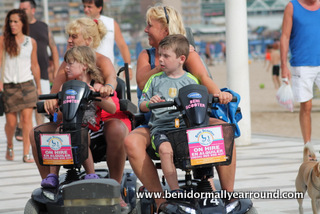 At the beginning of August there was a purge by the police on mobility scooters, with a number confiscated from users. This was prompted after a picture appeared in the Spanish press of three young adults riding on a single scooter and a street cleaner getting hit by one. But after that things went quiet – and it appeared that everywhere you looked a scooter would whizz by with what looked like a very able bodied young person, or two perched upon it. 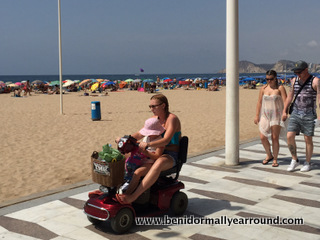 Ever since Madge, the chain smoking matriarch of the Garvey clan hit our screens on the ITV series Benidorm, rentals of mobilty scooters have gone through the roof here. Step onto the streets of Benidorm and you are never more than 10 metres away from a scooter. I often see mothers with children perched on their laps speeding along the front! 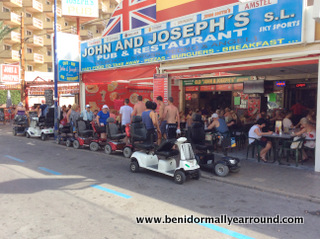 You will see them double parked outside bars and cafes, often obstructing the pavement for pedestrians, who are forced into the road. In fact, it has become such an issue that many hotels are now forced to charge a daily rate for recharging your scooter due to the volume of them. Enter the lobby of any of the hotels and you will see dozens parked up, taking up valuable space. 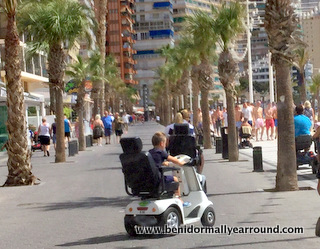 But the Council are now, thankfully stepping in. In March 2014 a by-law was passed under great fanfare by the previous PSOE administration banning under 55´s unless mobility impaired from hiring them or face a fine of up to €500. However, ask people if they noticed any difference and most will reply no.

But Benidorm Council – now under the PP, have sent out letters to eight businesses which hire out mobility scooters requesting a list of documents by Monday 2nd November - or face closure. Councillor Jose Ramon Gonzalez de Zarate has said that it´s time to take action and that “the misuse has led to abuse, accidents and danger on the streets and pavements”. 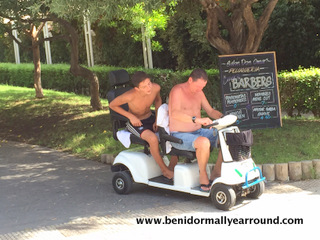 Each of the companies renting out mobility scooters will have to produce their licence to trade, Certificates of compliance to EU Standards, Copy of rental agreements with exclusions clearly highlighted, authorization certificate from the Regional Government and the registration log. Every scooter has to have a clearly displayed number that can be cross-checked by the police if necessary. Each of the rental companies has just over a week to get their house in order – lets see if we see any closed signed going up after the 2nd!

-2 #2 Debbie 2015-10-22 21:23
I'm disabled but don't carry my blue badge abroad x
Quote
0 #1 Doris Stevenson 2015-10-22 13:14
Don't tarnish all of us with the same brush. I am disabled and would have to rely on assistance to get around. Proof of disability when hiring them would stop a lot of these problems. I always have my Blue Badge with me.
Quote
Refresh comments list 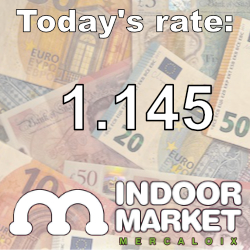